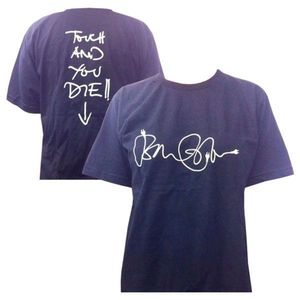 I know it's been a while and this year has been spottier than usual in regard to FBC!'s posting  regularity. And it will keep on that way, as I've had a few more deadlines to meet, all of the writing kind, and a few more coming up, in addition to tons of travel.
So, until early November at best there won't be too many "Your Social Life" postings even, also because we're very lucky in Los Angeles to finally have a series of shows (Pacific Standard Times) celebrating the dynamic visual arts output of our fair city, under the aegis of the Getty Center. You can learn all about it here for what's happening at the Getty itself and here for everything that happens elsewhere. I think there are about 800 exhibitions and events and the likelihood of anybody to see everything, save for the LAT art critics, is pretty low.  And the likelihood of my unpaid self to actually announcing them is even lower.

I only have one reservation about the whole enterprise, it's that the time frame chosen runs from 1945 to 1980, missing the crucial art historical period that comes after the rise of Cal Arts* as the premier international art school in the United States and marks the influence of its alumni on the international art scene, and therefore on international art history.
This being said, knowing that there are already hundreds of shows coming up, I cannot see how a 1980-2005 period would have made the  whole organization manageable, so I just hope that in about 5/7 years, there will be a "Pacific Standard Time II - 1980-2005" to show how Los Angeles saw how art production quality, as a whole, shifted from NYC to here (the market itself is still in NYC). Hint, hint.

One original thing about the Pacific Standard Times operation is that private, commercial galleries are associated with it  in addition to non-profits, and made an effort to show  artists active in LA during the time period considered. Last week marked the Fall openings extravaganza in Culver City, where  if you take aside the ridiculous starfucker events like  Kaws at Honor Fraser and Moby at Paul Kopeikin (and I have to say, Moby at least is a decent C+ artist whereas Kaws is an aberration who should stick to hip-hop or whatever else he does that makes him a D+ celebrity), some unusually strong shows were up, in no small part because of PST.
I wanted to take some pictures of the art, but there were too many people around, so I'm just going to report on the few things I managed to see.

- Shows I didn't manage to see: Richard Jackson at Kordansky, Matt Johnson at Blum & Poe, Joel Kyack at François Ghebaly. I need to go back to  see all of these.

- Shows I really liked but wish I could have seen  them without anybody in front of the art: John Outterbridge at LAXart, and the group show at the new Nye and Brown gallery.  I spotted a Chris Burden here, a Craig Kauffman there, a Peter Alexander elsewhere, and FBC!'s favorite LA artist Juan Capistran was in it, except his work was drowned by a live band playing in the gallery. Normally I love music, but that band within an already crowded group show was a bad idea in space management.

- Show I went to but didn't manage to see any artwork in, it was so crowded: at Cherry & Martin. I understand it is a reconstitution of a well-known 1970s (?) group show with maybe 17 out of the 19 (?) original artists, but there were so many people schmoozing around I didn't get to have a view of any artwork.

- Show whose  first 1/2 I liked but not the other 1/2: Eric Wesley at China Art Objects. In passing, CAO had the best Summer show in Culver City this year, with a lovely painting show that was almost blue chip, it was so strong.

- show by Charles Gaines I liked but wasn't his strongest to date, but I don't care because he's Charles Gaines: Charles Gaines at Vielmetter. Did I mention he's Charles Gaines? He's like John Cale in this regard, even his not-so-strong-for-Charles-Gaines-works are stronger than anybody else in general. If you don't like Charles Gaines' work, what can I say, except you should consider getting a brain and eyes transplant in the near future.

- the tightest, smartest, strongest show I've seen last weekend: Amir Zaki, John Divola and Judy Fiskin at Angles.  You should get yourself there, and if you have money, invest in any of those three artists. Also, if you love me, my birthday is in April and I could do nicely with a Judy Fiskin print, thank you.

- longest bathroom line ever at the Mandrake, with a steady stream of hot, surgically enhanced douchebaguettes™ waiting to either barf or do something else that morals reprove in the Ladies cubicle. The women who really needed to pee were lining up at the Gents bathroom, and I can confirm to you, incredulous readership, that the men's restroom at the Mandrake is totally gross. Maybe not always gross, but during Openingeddon it's, urgh.

- what makes me really angry at starfucker shows, aside from the fact that the art sucks: all the douchebags and douchebaguettes™ in Culver City last week were of the type that easily drops 5K on plastic surgery, $450 on shoes and $500 in designer jeans, and I'm not talking about what they drive (speaking of, it seems that Bentley is overtaking Porsche as the douchebag ride of choice this year). And yet they would never, ever buy a Judy Fiskin print that is 1/2 of their monthly plastic surgery budget, is beautiful, smart, and historical.
So this is why Los Angeles is not going to overtake NYC as the art market capital of the world anytime soon. Not because we don't have enough good artists (we have hundreds) nor good galleries (we have maybe a dozen good ones, an another dozen OK ones) but because here we don't have enough real, good collectors who take the time  to inform themselves and not buy into the hype. I don't care how pretty or hot or successful you are, if you can drop money on plastic surgery and/or a fancy ride, you can easily buy very good art by very good artists in very good galleries, instead of fueling the stupid celebrity culture that shows such as Kaws embody.

And that's all for last week.

Now this week is Openingeddon in Chinatown, where luckily there won't be any starfucker show so the douchebags and douchebaguettes quotient invading our local art galleries should be much lower.  Don't miss the show at Charlie James and there's also Alexis Smith at Tom Solomon.

Lastly, what about the lousy T-Shirt? Well, it's in fact a great-looking T-Shirt you can buy here. Mine arrived this morning and fits really well (it's slimming, actually, weirdly enough because it's made by American Apparel in a vertically blah-bah-blah in downtown LA), but it came with a small tear. So I'm going to pretend it's a homage to John Cale's influence on Punk rock and it's culture and wear it proudly, while waiting for his new 5-tracks EP to arrive through the mail soon.


* Of course other art schools such as Otis, UCLA, Art Center College of Design, and more recently UCI and USC made Los Angeles the best city in the country to study art nowadays, but it's really Cal Arts in the late 1970s, early 1980s that made the rest of the world aware of this fact,
Posted by Frenchy but Chic! at 3:12 PM No comments: