Save the UCLA Arts Library! 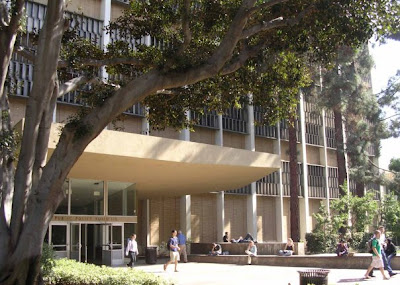 If you live in SoCal of course you know that by now our lovely sunshiny State is deeply troubled financially and our wonderful elected representatives have decided, to balance (cough, cough) their respective budgets, to effect huge cuts in most public programs, whether it's at the City, County or State level. In addition, the financial shenanigans of the honorable Wall Streeters who have put us in this mess to begin with have also affected the endowments of many arts institutions. And I'm not speaking of the people at the helm of these same institutions and how pitifully inept they have been.


The results? Well, anything from MOCA and the Getty laying off dozens of staff, pay cuts and pay freezes there as well as in the Cal State and UC systems, LACMA shutting off its film program (it's telling no stupid big corporate entertainment industry would step in and help legitimize the history of movies in its hometown at a fraction of what the cost of swag goes at a post-Oscar party).
The latest worrisome cuts are affecting the UCLA Arts Library, which not only serves the larger UC population, but is also a reminder of the power the UCLA art department has had over the Los Angeles AND the international art world over the last 2 decades. The wider UC Library service system has decided to potentially close this library, which, for an institution devoted to higher education and scholarly learning, is rather counter-intuitive, isn't it?

Why don't they shut off their stupid athletic programs instead? LA would totally survive without that stupid Trojans-Bruins rivalry thing, for one thing, and I'd love to know what this idiotic football thing does for the intellectual renown of a university. At the international level.

Whereas clsoing a library is obviousy more than harmful and damaging for the university prestige, but at a more immediate level deprives its students from an essential resource. Where else are they supposed to turn to when in need of doing research? wikipedia? Any suggestion that's even more ridiculous? Given the cost of art books and the fact that museums tend to be tighwads when delivering information about its displays because "there are books people can turn to" (try find decent art books in any major US city library system, and I'm not even speaking about the poor souls lost in the middle of rural counties), the closing of its library is a major catastrophy for a university system that has sought to present itself as a model of affordable education to all.

If you wish to react and try to prevent the closing of the UCLA arts library, you can either join the Facebook group or sign the petition, or both. In addition, the FB groups gives the contact info of the University Regent you should email or write to to register your protest.

Picture courtesy George Baker, FB Group "save the UCLA Arts Library".
Posted by Frenchy but Chic! at 11:26 AM No comments: 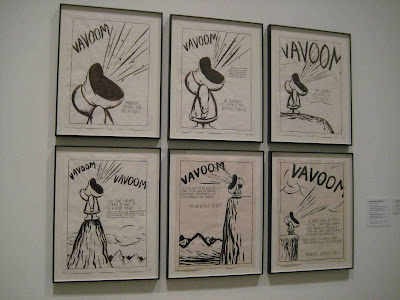 Soon coming back with a few posts after several weeks of hiatus, mostly due to trying to meet deadlines and then traveling to NYC.

Note to desperate gallery owners, art dealers and other artists' "agents and representatives" who regularly send me some notes: yes, I do receive your emails, but in case you're oblivious to the fact that bloggers are not paid, I'd like to remind you of a few things:

Namely that writing takes time, and if you've been reading FBC! as of late you would have noticed that not only this is an unpaid, one-woman-operation, but also that yours truly has been in a couple of car accidents in March, has subsequently spent lots of time in physical therapy and has been without a car until 2 weeks ago.

I am truly sorry but I do not spend my time driving to every single gallery show in town to review them. It happens when it happens, if I'm not too busy with something and/or writhing in pain post-accidents, I may mention your show/artist/gallery if I can. Please do not inundate me with emails and press releases and reminders and follow-ups, the only thing it can achieve is making me irritable, even if you are very sweet about it.
I'm happy to receive your current press release, but if I want to review the show you're presenting *it is my own decision*.
Thank you for your understanding (it's called gallery managing/artisanal PR 101).

And for everybody: thanks for your patience!
A vintage Pettibon from the Judith Rothschild Collection fund or whatever it's called, currently at MoMA, to help you wait for the next post.
Posted by Frenchy but Chic! at 3:50 PM No comments: