A Short Visit To Some LA Art Shows 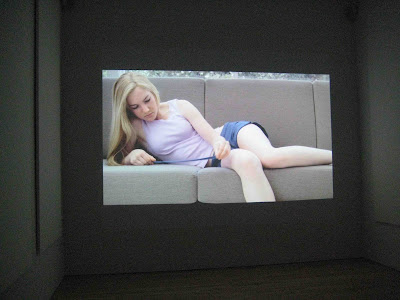 For my regular readership (hi Joseph, hi Leslie!), as you know I'm still disabled by these 2 effing car accidents, and I haven't gotten back my trusted vehicle yet (seriously, anyone has a Japanese/Korean make car to lend me? With power steering, as my shoulder still hurts like hell) so my visiting and reviewing of current shows in LA is severely limited. I depend on friends who are sweet enough to come pick me up and bring me back home, and openings are still out of the question. Reviewing is a bit difficult too (can't really concentrate, typing hurts the damn shoulder). 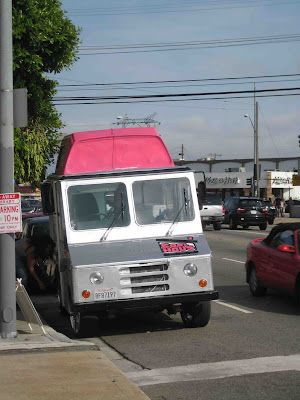 So, quickly: last Saturday, Ivan Morley who's a hell of a great painter kindly took me to see the tail end of 9 Lives: Visionary Artists From Los Angeles at the Hammer. I'm not sure about the theme of the show/idea of the curator (I don't even know who curated it) but I have a vague idea it has to do with the work of many of them to be visually reminiscent of "outsider" artists, also sometimes called visionary, in the sense that it flirts with visual and cultural tropes coming straight out of the vernacular. I think. Though it may be true of artists such as Jeffrey Vallance or Llyn Foulkes but I doubt it applies to Charlie White, Hirsch Perlman or Lisa Ann Auerbach's work. Or is it maybe because all these artists tend to be under the radar of a certain LA artworld? I have no idea, except that we had a great time. 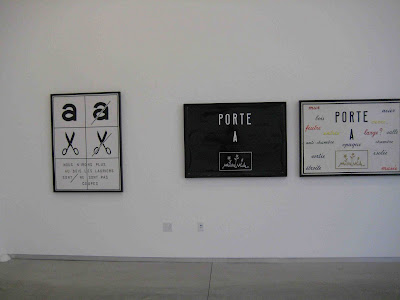 We continued on to Culver City, where we had a blast at the group show at David Kordansky, and admired Matthew Brannon prints (seriously, they are exquisite) as well as some very shiny-looking Broodthaers plates, and work by James Lee Byars and William E. Jones. We were delighted by the show and braced ourselves to check the Keith Tyson show at Blum & Poe, which was just ... meh. We had hoped to rejuvenate ourselves with the architectural ice cream sandwiches being churned out by the Coolhaus truck, alas they had sold out and were out of creamwiches. Boo hoo! 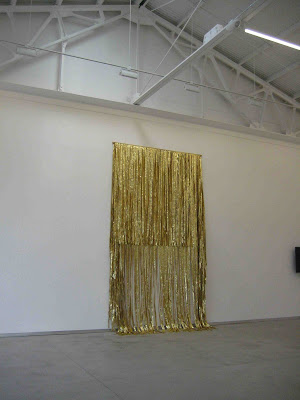 [Pictures: Charlie White's video, the Coolhaus truck in Culver City, and 3 pics of the show at Kordansky's] 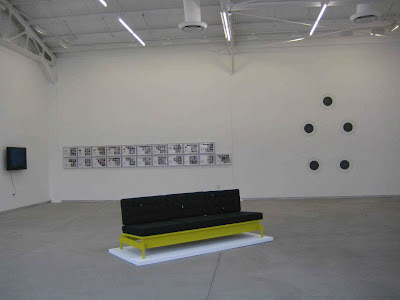