Your Social Life Is About To Become Incredibly Busy 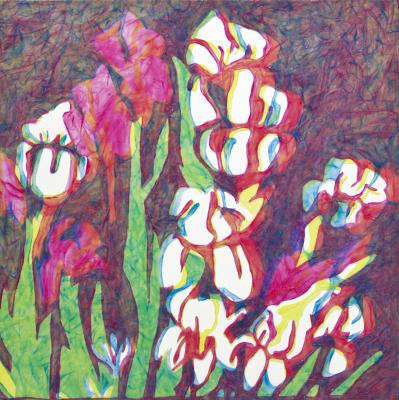 ... At least this week. Yep, it's this time of the year again, back-to-the-artworld-frenzy when everybody and his uncle is about to have an opening. And, given how LA is spread out, it's going to be hard for everybody to navigate the gazillion social events held between Chinatown, Culver City, WeHo and other locations. This year FBC! isn't even trying, because I have a dinner invitation exactly at the same time everybody is gallery-hopping, so you won't spot my Frenchy self anywhere.
[In passing, thanks for all who asked about my post-car-accidents-health. In short, finished physical therapy 5 weeks ago, neck still stiff and shoulder still hurting, but I'm functional if not at 100%, and I could do without the exponential increase in migraines that followed the whiplash thing.]

Anyway, here's a short list of a few worthy openings. Not that the others are not worthy, but I have trouble to keep up with the hundreds of press releases and invites littering my mailbox.

1. OK, so tonight Wednesday, François Ghebaly, my fellow Frenchy (we dont know each other personally) open his new space on Bernard Street with Neil Beloufa and Philip Loersch. He's also launching in his old space the LA Kunsthalle on Saturday with a solo show by Joel Kyack but the website isn't up and running yet. Anyway, if you show up in Chinatown around the time when everybody opens on Saturday, you should be able to see it. Also tonight an opening at Parker Jones who needs a better website too.

2. And on Thursday, something I almost forgot to mention, but you should have a look, there's June Wayne at Khastoo Gallery, from 6 to 8 PM.

3. On Friday at The Box, don't miss Rachel Khedoori. Still on Friday a new artist-run space, Jaus, opens On The Shoulders of Davids. It's on the Westside, a welcome addition to what is mostly a calcified blue chip-dom neighborhood artwise, if we except SMMOA. Speaking of which, Jaus is on your way to go to the opening of the Allen Ruppersberg big solo show at the Santa Monica Museum of Art, so it's super convenient! You can also go to Hollywood and see Ami Tallman at Circus Gallery.

4. On Saturday around noon don't miss the Bruce Nauman skywriting piece to celebrate the 20th anniversary of the Armory Center for the Arts in Pasadena. You can swing by the Daniel Buren installation installed at One Colorado while in Pasadena, and go see the anniversary exhibition since it's been opened for more than a week now. Details of all the festivities here.

Still on Saturday, FBC! pal Analia Saban is having an opening at Tom Solomon/Cottage Home. Everybody is opening in Chinatown, so don't miss while you're there Libby Black at Charlie James and The Curse of Ceramics at China Art Objects.

Of course you will have to decide what is the most propitious moment on that same day to run to Culver City and see Elad Lassry at Kordansky, or an obviously Art & Language-influenced Dave McKenzie at Susanne Vielmetter.
Still in Culver City, don't miss the show curated by FBC! favorite curator Aram Moshayedi at LAXart, no less than the awesome William Leavitt! Aram is also curating a group show at Cirrus next week so it will be a Moshayedi-intensive week for you art foks. Cirrus hasn't updated its website or put a decent link, so to make your life easier the opening will be on Thursday, September 17th from 6.30 to 8.30 and you may be able to spot the Frenchy if you go on the very early side to admire The Awful Parenthesis.
Meanwhile still in Culver City this Saturday the 12th there's Titus Kaphar at Roberts & Tilton while Michael Dee has an opening at the Western Project.

Closer to my Mid-City 'hood, at Steve Turner there's Joshua Callaghan as well as Zoë Sheehan Saldana (soory, can't manage to put the ~ where it belongs!) while John Knight opens at Richard Telles. A bit further West, Doug Aitken opens also at Regen Projects. While I have no idea about what's happening at Margo Leavin because SHE HAS NO FREAKIN DECENT WEBSITE and I've fell off her mailing list after a few changes of jobs. If someone talks to her, please convince her to get a real website, not that stupid artnet-hosted one, and please no flash, no animation, no cute music and provide linkable url. That would make many a blogger day.
On the West West side of the Westside, there is an opening at Mark Moore of a group show where Mario Ybarra is featured, which is the main reason why I mention it. 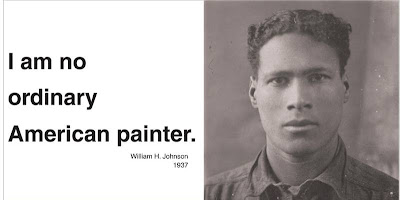 5. OK, that's pretty much it, with the addition of two fundraisers I want to mention. One is the benefit auction for Les Figues Press which unfortunately happens to be at LACE on Saturday, when most everybody will be cavorting through town, schmoozing at openings and so forth, so I fear it may be forgotten in all the brown noise around. If you have a minute, please go and donate and help support contemporary, independent and experimental literature in Los Angeles.

The second fundraiser is also very important, and if I were not so broke I'd love to attend it, it's for the William H. Johnson Foundation Gala. It's in 2 weeks at Gemini G.E.L. I know most of my readers could barely afford the $100 ticket (as an individual patron), but if you can, please go support the Foundation. They're doing an incredible job of supporting and recognizing African-American artists and have an outstanding record in awarding their annual prize to really good ones. The gala is on September 26 and you can buy your ticket until the 19th here.


(pics: Analia Saban from her upcoming show at Tom Solomon, and a banner from the William H. Johnson Foundation)
Posted by Frenchy but Chic! at 10:11 AM