Your Social Life In The New Year 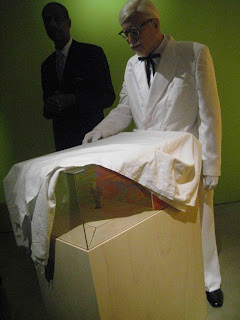 FBC! is back, albeit still a little bit jet-lagged and about to go hibernating, not that winter is very present here in SoCal, but I'd like to concentrate on my other writing for a while. 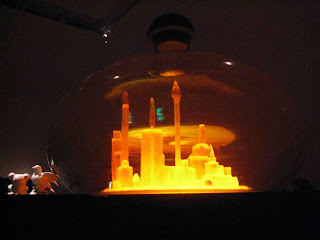 I have to update a couple of things relative to my last post. First of all, Ivan Morley's opening & exhibition at Richard Telles are tentatively postponed until February. Then, my friend GW told me that the Jack Goldstein show is totally happening, even if it's not posted on the OCMA exhibition schedule. It may happen in 2012 and not 2011, I don't know, so maybe that's why it's not announced on their website as of yet. If anybody from OCMA reads this and can confirm, it would be greatly appreciated, thanks! 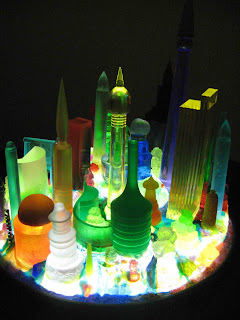 Now, onto the things to see this week in Los Angeles. Many of you already know that Mike Kelley had an opening at Gagosian on Tuesday, where he was mixing his Extra-curricular Activities project with the Kandors one. His work is veering more and more toward the beautiful and using vernacular culture and Pop culture visual cues more as props to build a visual vocabulary than as a critical tool. The gallery was packed with tons of people, so it was hard to see some of the artworks, but I was totally psyched to see he's used in one of his pieces the Sigmund Freud action figure I had given him at the opening of Day Is Done in 2005. Anyway, personal anecdote aside, I recommend you go see the show. 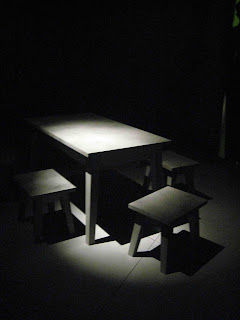 Yesterday was the gala opening of Photo LA, one of the several art fairs to grace our fair city in January. Your truly missed it (cf. jet-lag) but encourages you to go see it this weekend, there are always some nice anonymous and not-so-anonymous bargains to be had in the bins, if you like historical photography. 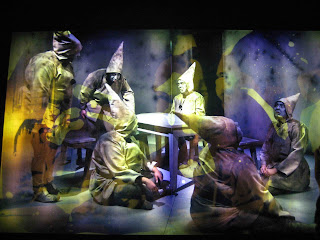 Tonight in Chinatown there's a group show opening at Cottage Home with all the info here on their FB page.
Tomorrow, FBC! pal Nancy Popp has an opening for a very short exhibition featuring her video work at Kristi Engle Gallery, part of a multi-part exhibition called TBA.
On the opposite side of town, Tad Beck is also having an opening at Samuel Freeman Gallery, from 5 to 8 PM.
Still tomorrow, if you're smack dab in the middle of LA, don't miss the show at Actual Size, Pals, a 'Teleplay' and look up their website too because it announces Collective Show LA which, as the name indicates, will feature artists collectives based in Los Angeles.

A show that already opened a while back and that FBC! enjoyed a lot, Pumping by Joel Tauber, is not only worth your while but if you happen to be in Culver City tomorrow around 6 PM, there's a party at Susan Vielmetter gallery.

Lastly, if you're wanting for things to do on Sunday, Simon Leung will do a talk about his Poe installation at Las Cienegas Projects, at 3 PM.


all photographs in this post: Mike Kelley exhibition at Gagosian, credit FBC!
Posted by Frenchy but Chic! at 3:26 PM