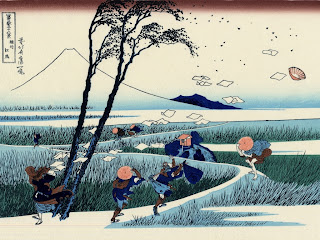 The Japanese are as we all know  currently undergoing the triple whammy of an earthquake, a tsunami and the eminent likelihood of a series of nuclear meltdown.
if you wish to help, FBC! would like to point you out toward two charities that, unlike, say, the Red Cross (whether the American one or the International one), don't spend the majority of your donations on their overheads, but really to help the people.

Here's the link to MercyCorps

and here's the link to Operation USA

and as always, Doctors Without Borders.

And as with every major disaster, it's not only the help you can send now it's also what you can do in the long run. The Japanese economy is likely to be in shambles for a while,  so maybe what we can do in the next few months is try to buy Japanese goods, for a change. Japan is going to need all the help we can give.

Email ThisBlogThis!Share to TwitterShare to FacebookShare to Pinterest
Labels: Help the Japanese people