Your Social Life After The Rapture! 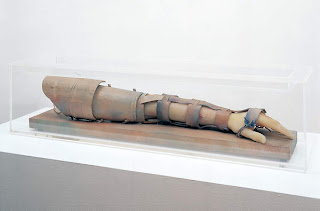 As you may know, at least if you live in the US, the Rapture is supposed to happen this coming Saturday, whoozah! I say, if you live in the US, because curiously, no mention of the phenomenon has arisen abroad, and I do read a ton of foreign media. Apparently they don't have the same Christians overseas, so Jesus does discriminate after all, even though his message was supposed to be one of brotherly love for all*. It's all very puzzling, if you ask me, but I can't wait for Sunday morning to come and go out to count out all the enraptured Christian who will have disappeared. I kinda want to take care of their material goods while they are away, and possibly recycle their assets to buy myself a plane ticket and attend John Cale's French tour in October. I'm sure Jesus would approve.

Meanwhile, while up to 20% of the US population will vanish on Saturday, thus solving our national unemployment problem and a whole load of other issues, life continues for us heathens, with a bunch of very exciting things.

Starting with many galleries in Culver City having openings, with Angles, Blum & Poe, China Art Objects, LAXart and François Ghebaly joining in the post-Rapture exhibitions. On Saturday evening, the event FBC! has been waiting for is finally arriving with the Paul Thek retrospective opening at the Hammer. Paul Thek was truly an underdog during his life (gay, post-Catholic if I remember correctly), and his work was virtually ignored until Mike Kelley wrote about him in the 1990s, then European art spaces organized retrospectives, and finally US institutions followed suit as they always do, and voilà, here we are. Can't wait. Just wishing they had used something a bit less harmless than "the diver" as the title/image for the show. Just look up that relic-style arm above, isn't that appropriate for a post-Rapture exhibition?

These galleries and institutions are all familiar to you, faithful readers, but do you know the Vincent Price Art Museum? I bet you don't, and it's a shame. It sits in East Los Angeles and was founded by the actor Vincent Prince and his wife, and it's reopening tomorrow Friday after a renovation that has been going on for a while.They do a fantastic job with under-privileged youth who would otherwise not really access museums. And, it's been founded by Vincent Price, how rad is that?
Another institution that is a bit under the radar is the Craft And Folk Art Museum (CAFAM), and it's really a place you should visit because it is conveniently located across from LACMA and the Page Museum, and it has an opening this Saturday, too, from 6 to 9 PM.

Something else that can occupy your post-Rapture weekend, after which you can go loot take care of the assets left at enraptured Christians homes, if you can locate them, is music. So, if art isn't what you intend to spend the Rapture weekend with, fear not!
Because something called the Silver Lake Jubilee is taking place, too. I have no idea what this is, except that many local bands are playing. It costs only $5, far less than a lifetime of Christians alms given to so-called Christian non-profit churches, and instead of draining our deficit-laden collective finances with Christian tax breaks, these $5 will go a long way toward a musical and pleasurable weekend. I'm linking to their Facebook events page because I'm told their website isn't live yet.

*I did read the New Testament, admittedly a while ago, but I don't remember anything about discriminating within Christiandom. I mean, if Jesus was OK with hookers, I don't see why he wouldn't be OK with gay people, non-white folks and the like. And I don't see why some Christians would be enraptured while others, non-American ones, wouldn't.