So What Do I Think About Peter Zumthor's Design For LACMA, Really? 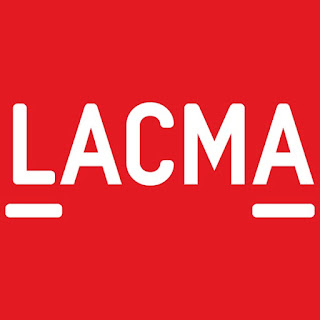 I've been asked this very question many times ever since an article about it was  posted on the LAT website.
I don't think anything of the new design because, frankly, I've always been unable to comprehend how a building would look like by just looking at a maquette and some drawings/designs. I've nothing against it nor am I rabidly enthralled by the idea. Also, I now live abroad so whatever happens at LACMA I won't get to see except when I come back visit LA from time to time, so...

Generally speaking I'm getting tired of museum directors who have no real ideas about what to do with their museum (you know, develop the collection, program scholarly or groundbreaking exhibitions, be a place for culture and education rather than mindless entertainment, all of these based on sound finances and rigorous administrative organization, etc.) but there are cases when yes, buildings have to be erected and expansions designed.

Here are a few things I can say about LACMA'S current campus and about museum architecture in general.

It's a mess of many buildings designed by various architects at various times, and as such it does reflect a certain evolution of the history of architecture, from the original William Pereira (from which not so much is still extant, at this stage) to the current Renzo Piano buildings.
In a way, if museums are designed to present the evolution of art history via their collections (that's what they're intended for, you know) then why not preserve the current buildings to reflect this as well?

The LACMA West building (the former May Co. department store) facade can't be altered already as it is listed.
Speaking of, I'm glad the building will be reused for that cinema museum thing because the inside of it is currently a disaster (worst storage space I've ever seen at a museum, ever) even though I think the Hollywood industry could build his own museum with its own funds elsewhere. It's not as if they were great supporters of the arts already, so why the hell should an art museum deal with their own history if they can't be bothered preserving themselves?
The Japanese pavilion is adored by everybody who comes visit it and will also be preserved, I understand. So will the Renzo-Piano designed buildings on the West side of the campus. Which means that basically only the East side will be demolished (save for the Japanese pavilion).

The ONLY thing I would regret from what will be demolished is the Bing Theater which is a jewel of Mid-Century architecture, with its wood panelling and the really nice clocks and chandeliers in the lobby. I hope they somehow keep it (if not... someone please save a clock for me!).

Aside from that all the exhibition spaces in the old buildings are terrible and rather shabby and way too dark, which was state of the art re: art preservation in the 1960s, but now that Renzo Piano has shown how lovely the SoCal light could be on the artworks on the West side of the campus.

Which leads me to this: why the hell not ask Piano to redesign the entire campus to give it a coherent aspect? What the point of hiring another architect now that Piano has build the West side? It seems crazy to me to hire somebody else, even if it is a great architect, when Piano has already left his imprint on the museum.

2) Museum Architecture In General And Wishes For LACMA's New Buildings.

Well I haven't seen anything from the Zumthor's design yet, so I can't comment, right? But I do have some wishes.

- Please, please, please build some office space for the staff THAT ISN'T IN THE BASEMENT.

Human beings thrive on light. Opening windows is great for fresh air, and I'm not even speaking about productivity. So whatever Zumthor comes up with, I hope the design will respect the LACMA staff and provide offices where everybody has a window and can see the light outside. The current offices are inhuman, and I'm sure natural light would boost staff morale. In many European countries it's illegal to build windowless offices, I wish it were the same in the US.

Like Piano did at BCAM and with the Resnick pavilion on the West side of the campus. Yes, BCAM looks unremarkable from the outside, but the exhibition space inside are genius. And the light is amazing. There's nothing worse than an architect who designs spectacular envelopes but neglects the inside spaces. And, many, many architects who've been designing museums over the last 3 decades are guilty of this.
A museum isn't reducible to its building, unless it has no collection and no imaginative exhibition programing (and in this case it's just a Disneyland for grown-ups).
Yes, a great building can turn an otherwise unremarkable museum into a destination, but... when was the last time you heard about a great exhibition originating at the Bilbao Guggenheim?

There are too many new museums where the floor plan is detrimental to the art. I was particularly taken aback by the new design at the Stedelijk Museum where I went a couple of months ago: humongous high ceilings and lots of useless vertical space, but the rooms themselves are not particularly suited to host art (especially large-scale installations that expand horizontally) and it's mostly artificial light (speaking of, I don't know if it's the new eco-friendly EU regulations that call for this but the lighting in many European museums is depressing). Soaring cathedral ceilings may look great in themselves but there aren't that many art pieces that need them.

I understand museums are great vanity projects for architects, but more often than not, I am sorry to say,  they are more akin to turds plopped on the earth to mark territory than really usable spaces to exhibit art - which is their primary function. Last time I checked, a museum wasn't an institution created to boost the ego of its architect, it's a place where art is stored and exhibited for an audience.

Aside from the "let's make a great facade/envelope and forget about how it will be used from the inside", architects also don't seem to care about building maintenance, and the spiraling costs they can incur for museums. Which are always underfunded, so having leaking roofs less than 3 years after a building opens is detrimental to any museum's finances, and they capture funds that could be better employed for the collection.

If a museum is very successful in terms of attendance (which doesn't mean it's successful scientifically or critically) there will be a lot of wear and tear on the building interiors. So it will need lots of maintenance, and it would be great if architects could make sure their buildings are sturdy enough in that regard.

My last wish would be for new museums to be "passive" buildings, or at least eco-friendly enough. That could save lots of money in utility costs in the long run and gentler on Mother Earth.