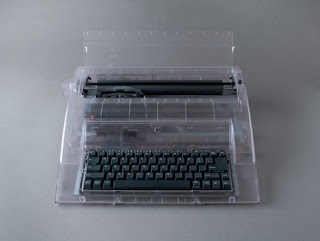 
We don't do Tumblr, Instagram and other stuff like that at FBC! because it's full-time work that doesn't pay the bills if you join all those newfangled things on the internet. But once in a while there are some pieces and tidbits of news I want to lump together in a post, so here are a few things below.

I've just been made aware of this very long post about drugs, sexism, making a living etc. in the music world/industry. Lots of very interesting issues being raised.  Thanks to Fishrider Records in New Zealand for bringing my attention to it. I sometimes want to write a post about sexism in the creative industries but I often get discouraged because the problem is so huge.
It's not confined to the music world, as the art world and the literary world are rife with it as well.  Seriously, one female friend here in Belgium has been told by a local art world big shot "oh you know this is a very masculine milieu" implying she could forget about ever getting a job here. But I'm being heartened when I see male writers, musicians, artists, architects, etc. being supportive of feminist causes. A big thank you to them, there's a flicker of progress.

There's a King Krule LP coming out very soon. I've liked a lot what I've heard from him so far, so I'm eagerly awaiting the release. Now I was aware the kid was young, but Holy Mother of Belphégor! He's just 18.  There's an interview here, where you can spot pictures of him looking like he's in fact 14, and coming straight out of a "street urchin photorealist newsreel" of the 1930s. I wish him a long, happy, productive musical life away from self-destruction and things like that, that boy has too much talent. Sounds like he could have an interesting side career as a producer, too.

Congratulations to the happy recipients of the 2013 CCF grants, several of them being dear, dear friends of mine. Kudos Jennifer Moon, Vishal Jugdeo and Peter Wu, and also Rebecca Morris and Ruben Ochoa. Peter Wu would be my designer of choice if I can secure the funding for my Mike Kelley book, so I'm mightily pleased for him!

Still some musical news, this contemporary classical music festival is happening near London very soon. Top-notch bill, if I lived in the UK I'd go attend it for the entire duration.

Lastly, many music sites and magazines are publishing their "best albums of 2013 so far". Summer, slow news.

I'm not sure they were all issued in 2013, but my list is:
Houses
Parquet Courts
David Bowie
Rachel Zeffira
Petula Clark (she has an album of cover out that *nobody* but me seems to like)
Hookworms
British Sea Power
Puppet Rebellion (they released a free 3-songs EP so far)
Wire
Foals
The Pastels.

I haven't heard the Boards of Canada yet. Also I like a lot Baltic Fleet but I have no idea when their music was released (I do not own it in physical form yet, I'm too broke).

Stuff that I found was a dreadful piece of shit: Kanye West.
Been told by someone I highly esteem (hi, John!) that it was "sonically innovative", er sorry, Scott Walker > Kanye West.
Plus Kanye's lyrics are the shittiest I've heard this side of Chirpy Chirpy Cheep Cheep and that's a record.
While I'm at it:
Scott Walker > Matmos > The Knife.
Stuff I was told was good but I find super weak: These New Puritans.

Missed opportunities: Scott Walker, The Collection, a reissue of his 5 first solo albums that includes 'Til The Band Comes In.
If you don't own any classic Scott Walker yet, for once I recommend you buy the CD boxset and NOT the vinyl one, as it is much cheaper.

The vinyl boxset was announced back in April as containing original mono mixes, an mp3 download card (which I like to have when I fork over the money for a vinyl because it's a back-up), etc.
So I blindly preordered it as my birthday present to myself because one can never have too much Scott Walker original music in their life, ever.
Instead, it's all stereo mixes, no mp3 card, the vinyl sleeves came up with split seams inside the shrink-wrapped records, which for something brand new screams the absence of a quality control department. There's a photograph of Scott Walker in one of the record, which I don't really care about because I don't see the point, but if you gonna put in some extras, please print the pictures from an original negative or 4" x 5", because poorly printed scan photographs sucks and look cheap.
There are no extras like B-Sides from singles, which  don't really mind myself but I saw some record collectors bemoan the fact on specialized websites.
I'm glad some of my money will translate into royalties for Scott Walker so he can continue making his current innovative music, but I'd rather have invested in a good quality box set. Like the Beach Boys Smile one that came out about 2 years ago and was much more fun and interesting for about the same price.

This boxset has been issued by Universal, not a small label without much capital and manpower.  I'm raising the point here because they just announced yesterday they were launching a crowdfunding site to reissue vinyl.
Gimme me a fucking break, Universal, if this is the piss-poor job you do with your own capital, I'm never going to blindly trust you again to reissue records. I'm all for supporting artists and paying for the music, in hard copies not only because they get more money from them than from mp3 and streaming (especially streaming), but  also because they're more archival. I
f you exploit the consumer like this, Universal, I'd rather spend my money on smaller labels and smaller acts than, er, future reissues of Pulp, Nirvana or Sonic Youth. All stuff that is super easy to find used!
Posted by Frenchy but Chic! at 2:42 AM