Your Social Life In Paris! 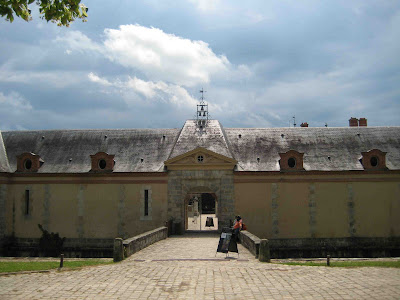 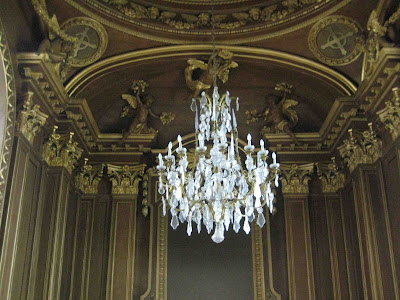 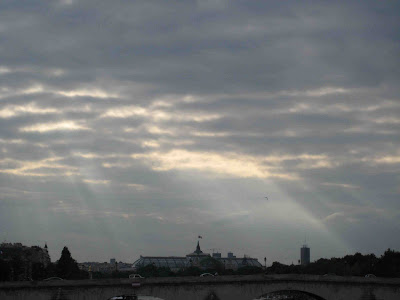 So I'm finally almost over the jetlag and able to write without too many typos. As many as usual, but less than what I produced last week in the few emails I've sent to my friends (sorry guys).
It's almost July, and the loaded amongst you want to know, what is it that's good in Paris? Where should I direct my post-shopping sore feet and look at decent art

Well, my Frenchy self in fact spent very little time there, stuck that I was with depressing family duties in Normandy. I've done only ONE art thing in Paris, and it was outside Paris proper: I went to see the fabulous Legende show at the Domaine de Chamarande, curated by FBC!'s pal and legendary curator Alexis Vaillant. It's totally worth taking a suburban train and do a 45 minutes ride (on weekends) to that tiny village. I'll review the show soonish and will put up as many pix as Blogger allows with this template.

Meanwhile, there were many good or interesting things to see in Paris, according to what my art friends there told me. I'm starting with the few ones I regret missing. First, the group show l'Argent at Le Plateau. Then the Bridget Riley retrospective at the Musee d'Art Moderne de La Ville de Paris (sorry, cannot link, server doesn't respond!), a show that would have been totally impossible 7 or 8 years ago, and now, thanks to shows such as Beyond Geometry, it's now OK again to like Op Art (a totally discredited movement when I was a student, to the point that we never even mentioned it in class).
Another show I regret missing is the Alain Sechas one at the Bourdelle museum in Paris, where he's exhibiting an animated sculpture you can see on his website (click on the Quicktime icon to watch a movie of the piece). Alain is a friend and one of a handful of French artists I find unfairly under-estimated. He is also showing at Sonsbeek 2008 this Summer, the sculpture festival in the Netherlands were, among others, Robert Smithson and Mike Kelley have created legendary pieces in the past.

In another lesser-known Paris museum, the Musee Maillol, was a show titled "China Gold", a very indecent and apt description, I guess, of the Western rush on the Chinese market, as it seems it is all what Chinese contemporary art is all about if we believe what we can read here and there in the Western art press (check James Elaine's blog on the Hammer site for a different point of view). I would have liked to see that show to de visu understand what this is all about, as there is in fact very little Chinese art to reach ours shores and whatever we're shown has a tendency to be derivative and be massively painting-oriented (and Pop-ish). Which I suspect is only the tip of the iceberg.

Lastly, they were 2 shows I didn't think about whatsoever, if only because they scream "Blue chip! Establishment! Boomers! Born-Again Catholics! Curators hailing from the decadent French aristocracy!" One was Richard Serra at the Grand Palais, where I'm sure his work must look fabulous compared to the much smaller space of BCAM. I used to really like Richard Serra, and I still do, and I think his work totally fits the monumentality of that type of space, but I'm not terribly excited about, hmm, the newness of it. If you follow my meaning. There's even good old Yve-Alain Bois interviewing Serra on the website. How about some youngish writer-curator to do the same?
The second show sounded so unappealing I never, for the life of me, would have even thought about seeing it, it's the Spirituality-Is-The-New-Art-Religion-Confusion at the Pompidou. The banner is atrociously ugly, for one thing. And the subject is the most boring this side of Painting Is Dead But Is Still Alive.
But, according to friends who saw it, some of the works are to die for, even if they are clearly miscast within the concept.

Lastly, I didn't have the opportunity to see the tastefully titled Superdome at the Palais de Tokyo, but according to friends it's just as well, though there's also a Jonathan Monk solo show, whose work I adore. There's also an installation by infamous Christoph Büchel. Crazy the number of Swiss artists showing there since Marc-Olivier Wahler became director there. Did you know it yourself, that Swiss art was the most fabulous in the world?

Neither could I go gallery-hopping so I cannot really tell you what to go see in Paris galleries, but I'd like to signal to your attention the opening of a new gallery, Gaudel de Sampa. The program looks promising. And of course, there's Reena Spaulings at Chantal Crousel


Pix: The entrance to the castle in Chamarande, the inside of the Chapel (it has a very good sound installation), and a view of the Paris sky above the Seine river and the Grand Palais.
Posted by Frenchy but Chic! at 2:48 PM