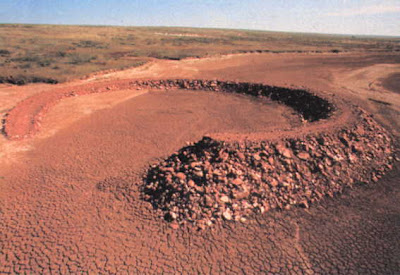 I read this article last week and was about to post about it, but spent too long working on the Scholars and Curators Deathmatch.
There's an update as apparently a judge allowed MassMoca to go ahead but I cannot find it on the site.
In any case, I could find dozens of examples of artworks not shown the way the artist intended, starting with Rauschenberg's Monogram (encased in Plexiglas) at the MoCA retrospective, Beuys' Plight at the Pompidou (there's a rail that prevents visitors to enter the installation) to many, many Old Masters who have been defaced, sawed off (Velazquez, anyone?) or removed from their original space (yep, it's possible to remove frescoes). It's sad, but it happens more often than not.
The work is unfinished, so what? How many unfinished works are shown out there? They were routinely finished by other artists during the Renaissance, and more recently Richard Serra finished Amarillo Ramp after Smithson's Death in 1973. If Christoph Büchel couldn't come up with a solution to either finish off or modify his project, then he had a megalomania problem, not an artistic one.

And as far as MassMoca and the whole controversy is concerned: me too, if an artist was making me running twice over budget and send me such an unreasonable list (a burnt plane fuselage? Hello?), I'd tell him to sod off. I don't think they acted that smartly, because if you ask me Büchel's work is not worth such a controversy, but I don't really know what went on there. And nooooooo, Büchel's career won't be over because of this. He'd rather benefit. Next time, maybe he and the curators should ask Hauser and Wirth to bring in the monies to finish the work...
Posted by Frenchy but Chic! at 10:10 PM

Email ThisBlogThis!Share to TwitterShare to FacebookShare to Pinterest
Labels: Unfinished Mess at MassMoca

THANK YOU for being the art historical voice of reason!
Now if we can just get Roberta
Smith to read this...

You are welcome. I doubt she would read my little blog, though...