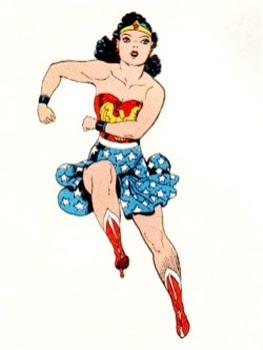 It is the very last day of the month, time for the 3rd installment of Thanksgiving In [Insert Month Here]™, our monthly series (duh!) , as the title indicates. So after La Maison du Pain and my Distinguished Literary Correspondent, this post will be devoted to Mariah C. No, not that one. This one, the one and only, the real Mariah C!
It’s been a close tie between her and Jessie Bi, but I’ll see the latter in Paris in December and I’ll likely do a write-up after seeing him.
So Mariah C. it is. Which is only fair since my very first American Thanksgiving was spent at her home, then located in Altadena, where I enjoyed my very first perfectly cooked turkey as well as the company of her husband the lovely Jon H. (a very good artist you should invest in) and of their various guests.

Mariah and I met 10 years ago, in one of the local art schools where, in a sadistic pursuit of young people’s future bankruptcy, they lure graduate students to study things as socially useful as *French Theory* and/or (aren't we Barthes-ians here at FBC!) *Critical Studies*. Don’t ask me what it means, I still don’t know, except that after teaching it on and off for 10-plus years I’ve come to feel it is a watered down crash course in superficial philosophy with a vague tinge of art criticism. I can teach it if needed – hey, everyone has to pay the rent – but I don’t see the point of asking art people to pay fortunes to study it.
Anyway, Mariah C. was the bright shining star of the program, fabulously well-read (in many instances better read than some of her instructors, me included), with a great sense of humor indispensable to survive the brainwashing inherent to that kind of schooling. She had a great taste for shoes and hats that bode well for our future friendship and a very impressive, first class brain.

Mariah is one of a handful of people I’ve met in real life who belongs to an entire different plane entirely: the super smart, super bright ones. They are not necessarily well-known geniuses (though a couple of those I know are bright shining stars in their own field) and usually stay away from the limelight as much as they can.
I’ve met loads of smart people in the artworld, in academia, in the publishing world and elsewhere, but Mariah is one of the rare persons who can bridge seemingly opposite ideas; and join them in an entirely new luminous universe which makes sense and seems so obvious and clear once she has enunciated it one is left to pondered how come no one has thought of it before. (I know, this last sentence needs punctuation but it's beyond my limited English skills).
Stroke of genius, there’s no other way to express it, and I’m always deeply impressed when I witness someone uttering one.
And like the handful of people I am referring to, Mariah is neither arrogant nor condescending. On the contrary, these superbrainiacs™ all tend to be rather shy, sometimes insecure,at least not particularly self-confident. And they are all witty souls blessed with a fabulous sense of humor, and contrarily to popular belief it’s not because they are so highly intelligent that they are nerdy. Unless wearing glasses makes one nerdy, an assumption as stupid as believing people who wear trainers are all athletic. Or that all blondes are stupid. Some brunettes are even dumber. And I’m not even mentioning some grey-haired men, whose intelligence is deeply questionable. See?

I was totally awed when deeply intelligent, non-nerdy Mariah befriended me, and I quickly became the happy recipient of her insightful wit, thoughtful reflections on art, philosophy and literature. Her library always makes me feel very, very little – I guess technically I AM very little anyhow.
Once I got used to having such a cool and gracious friend I started to really enjoy her warm welcome each time we met, her fabulous cooking, the way she deeply cares about people, how down-to-earth she is, and how reliable, dependable a friend she proved over time. One of my greatest pleasure in life is calling her and hearing the super happy, vibrant and warm inflexion in her voice when she says my name. If I have to draw a comparison, the feeling is akin to seeing your national football team (the real game, not that dumbass US football thing) winning the World Cup on Latino TV and hearing the commentator scream: Goooooooooooooaaaaaaaaaaaalllllllllllllllllllllllllll!!!!
I guess it was with Mariah I first realized what the depth of experience can bring to someone’s personality . When we met I was stricken by how most unusual her background was, especially in comparison to the trust fund babies one usually encounters in art schools. I’m not going to dwell on her story as she certainly would like to keep it private, but I must say she is one of the most resilient person I have ever met. No small feat, as anyone having to do the resilience-ing could tell you.
Given what she had to go though in her early life, many people in her shoes would either have had a nervous breakdown, completely given up, done drugs and alcohol, or grown absolutely bitter, but nooooooo, not my superhero! Despair is for wimps only!

Mariah has shown courage, fortitude, humanity and grace while facing more than adverse life circumstances, qualities that lead to compassion and understanding. Or should, for everybody who has a bit of moral rectitude and common decency (you know who you are, you, yes, you! The non-Mariah, non-nice people).
When faced with tragic events myself I could always count on my old friend for moral support and a healthy dose of humor, which helped in our “misfortune Olympics” race. Being the generous person she is, Mariah always told me I was the winner, but this is pure altruism: she’s hand down the competition’s champion. If I could import her and her lovely family here I would be delighted, as NYC most certainly doesn’t deserve them. Alas, this is not to be. Die-hard New Yorkers they are, and without them I would never, ever set foot in the big city. There's a price to pay to visit one's superheroes.

Like most unsung heroes Mariah C. will remain (mostly) anonymous, though she deserves admiration and recognition. For those of you who know her, please drop her a sweet line and if you happen to go to NYC, take her out and treat her to something nice. For all the others, if you have your own Mariah in your life, ditto. Resilient or not, people who go through hell and back deserve a break, and contrary to popular belief, surviving life events doesn’t mean someone is a tough cookie who can get over everything. So please, treat your everyday superheroes as they deserve, they are as vulnerable as the rest of us. If you are sweet to my very own Mariah she may tell you where to get the best hats, where the best donuts and bagels are to be had in Brooklyn, and if buying cheese is better at the Polish store or at the Upscale Polish store. I'm not even mentioning pizza. She may tell you great stories about the city, give you great gardening tips or health references, and even more wonderful things, if you are nice. But only if you are nice, OK?

Lastly, without Mariah I would have never met Larry The Meat Guy when I was living in Brooklyn. He of the best pork chops and most excellent organic chicken (just a digression: let’s start a campaign for poultry producers NOT to pack their fowl with water. It’s most unnatural, horrible for the taste and consistency. Larry The Meat Guy doesn’t add water, and it makes a huge difference).

So many, many thanks to my own superhero Mariah C, simply for existing and being among us, and for being my friend. Please keep on being you, for a long, long time.
Posted by Frenchy but Chic! at 9:38 PM

Email ThisBlogThis!Share to TwitterShare to FacebookShare to Pinterest
Labels: Thanksgiving in September