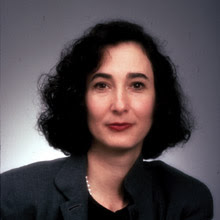 As everybody has known officially since yesterday, Kathy Halbreich just joined MOMA. It was rather predictable and hopefully she will be able to turn around the venerable and tired institution and make it less boring. I guess hiring some non-rock-star-curators could help too. Though I bet she's going to miss the Walker intelligent trustees.


Also MassMoca is dismantling the mess that was the Christoph Büchel thing. Personally I liked the idea of keeping it up, as some kind of giant mausoleum to one artist egomania, and also as some cautionary tale for curators. Like kill this kind of problem before it gets out of hands and tell said artist to sod off. As I said previously, museums are littered with thousands of artworks shown in a way the artist never intended. It's not such an horror in itself, my only problem with the practice is when there isn't a didactic or label to explain the changes and why they are implemented (usually it is for conservation reasons, and in 1 or 2 cases it can be for safety reasons too).
The sad thing is with all that money literally wasted, it would have been possible to curate at least 3 very good one-person shows or a great group show. Of course Tyler Green is all over it, but reasonably. I'm glad he is not taking the stance of the poor artist whose vision has been betrayed by the Evil Institution.
Yep, Büchel is going to have lots of problems exhibiting in a US museum anytime soon. I see a very, very bitter mid-career moment coming up. In any case, I think it also underlines the trouble with the bigger-is-better type of work or installation approach some (usually males, but not always) artists are embracing. Gigantism doesn't necessarily makes for good artworks, even if they are very spectacular (quick! someone demonstrates this to E.B!).
And, oh, for you non-museum-staff people: they are horribly expensive to ship/transport/store/install. Unfortunately, donors generally don't see the point about funding storage, conservation or shipping. Or even about building loading docks and other practical implements, sometimes. I'm still waiting to see the Big Name Donor Totally Funded Climate-Controlled Storage Area For Gigantic Sculpture or the Mega Foundation Philanthropic Fund for Shipping Ginormous And Heavy Art Turds. And the fund for hiring extra preparators and trained installers when Big Turd comes out of Expensive Storage.

OK, more stuff later. I'm trying to do real work, and I'm working at the Thanksgiving In September post. Upcoming, Revenge of the Widows!

Random pic of Halbreich out of one of the Walker many, many blog posts and press release. I don't have the credit line, sorry.
Posted by Frenchy but Chic! at 11:16 AM