In Case You Need To Stay Up Tonight 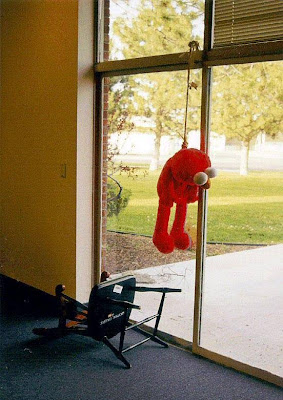 No, I don't mean to give you tips for cool nightclubs to hit so early in the week. As a good nerd I'm becoming fairly reclusive, and I don't understand this American music scene anyway.
It's just that in the previous post I mentioned the Economist, which I buy from time to time because no matter how horribly conservative (and sexist!) they are, it is still the best information source all around.
I used to read it often. In a previous life I briefly studied economics and geopolitics before definitively switching to art history, because:

a) I suck at maths. I could do statistics, but any scientist will tell you these are not real maths. You can interpret and tweak stats ANY way you can.
b) there are only 2 and a half economics theories around, and not much space for critical and creative thinking within those except maybe within progressive Marxism
c) I couldn't sleep at night
d) art is truly, truly my thing anyway.

But occasionally I get the information urge, especially in uncertain economic times like now. The artworld is still fairly oblivious about the upcoming big time recession coming up, as it is still referred to as "the housing market/subprime lending crisis/credit crunch" in the majority of the mainstream US media.
Gold has shot up today, in case you haven't noticed, and James K. Galbraith* -who's not half an imbecile, if you ask me- recently told the European media we are in a situation very close to 1929. Ah, and well, Alan Greenspan, Mr. Realpolitik himself,he hasn't been very comforting recently.

So if like me you are currently unemployed/self-employed/under-employed in the artworld, you have lots of worries on your mind today.
By sheer masochism, I'm linking to the Jane's Intelligence Group, which used to publish a magazine called by some incredible and random luck Jane's Intelligence (maybe it was a weekly? I don't remember). Anyway, if you need to stay up all night to give a call abroad or finish some project, just have a click. Scary, isn't it?


*He's the son of Kenneth Galbraith


I don't know where the pic of the Elmo suicide is coming from, apologies for the lack of credit line.
Posted by Frenchy but Chic! at 3:50 PM