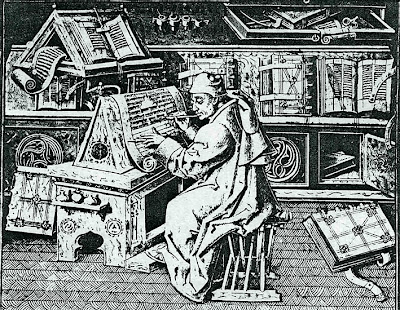 It is almost the end of the month and I realize I haven’t yet posted the second installment of my Thanksgiving In [Insert Month Here]™ series.
Not only this, but it spares me the pain of doing a bit of art world writing and I want to procrastinate on the upcoming Grand Tour post. I’m waiting for my lunch with Rita G., the best curator in this town, to hear what she has to say about it.

Meanwhile, I’ve decided to devote this Thanksgiving In August to my Distinguished Literary Correspondent, which is only fair since I’ve written about my other non-art reader* (Hi Annie!) in a previous post. Plus these two are friends and I don’t want to bring in strife, envy and jealousy between them. We’re bringing you fair and balanced views here at FBC! if slightly uncopy-edited and wholly unresearched.

So, are you asking, what would differentiate my one and only Distinguished Literary Correspondent (DLC) from my other and nonetheless also distinguished correspondents? I have tons of correspondents, what with moving countries and all that. Off course they are ALL very distinguished. We’re Frenchy, and chic! Nothing short of distinguished will do. Some of my correspondents, like DLC, I never see since many are so far away, but we can also live in the same city and never get to see each other.
For example, Jessie Bi that famed and fine chronicler of comics and graphic novels, I see once a year, if I’m lucky. When we were living in Paris at the same time we would almost never see each other but we would email weekly and sometimes daily. Jessie Bi is very distinguished in his own right too and I’ll probably devote a Thanksgiving in [Insert Month Here]™ to him one of these days, but DLC has just emailed me to say he’s reading the blog so there you are. Welcome Mike!

Anyway, let’s stop digressing and try to get back to the point. A DLC is, you have just gathered, someone you almost never see but correspond with. This particular DLC earned his name because he recommended to my attention the Courtier and Heretic book, a rather curious effort about the correspondence and only encounter between Spinoza and Leibniz. Now dear readers don’t jump to conclusions here, neither DLC nor I have much in common with the two philosophers. I think. Maybe DLC will beg to differ but I’m sure he has better things to do, like urgently go on vacation for example.
DLC and I met only once and thereafter started a correspondence that has proved rather enjoyable for me. Since Leibniz and Spinoza (should we call them Leibnoza or Spiniz , in keeping with US tabloids customs?I'll poll you on this, dear readers) met only once too and had some erratic correspondence, the comparison was apt but stops here.

What makes DLC my only literary DC? Well, for one thing he is a non-art person. All my other correspondents are in the art world, and aside from friends/family stuff we usually indulge in art stuff gossip, mostly. With DLC we mostly exchange emails about books, and he always has a very thoughtful opinion about what he has to offer.
He always goes beyond “the book is about […], I (dis)/liked it because” and offers interesting comparisons between things I would have never thought of. He’s also very good at explaining the structure of the narrative, the overall construction of the book, what he thinks of the characters, etc. Something I never done with anyone so it was a big eye-opener for me. I’m not super gregarious as a rule, so book clubs are not exactly for me, they remind me too much of middle school and the mandatory reads we had to do. But one-on-one emails suit me perfectly, and I realized one DLC is exactly what I needed to keep on reading.

Need another proof of DLC very literary-ness? He reads so many books (like, what? 5 a day? The FDA should hire him for their PR!) he probably never sleeps, and he’s not snobbish in his choices. I mean, any academic bore can go all uptight and recommend the highbrow stuff, but Mike has a very diverse and eclectic array of tastes. Plus, he teaches me new words, like “foist” the other day. For some reason he is also my one and only US friend who is attuned to cultural differences and he takes pains to explain some of the Pop culture references he’s making, so his jokes are not only extremely funny but very sweet.

The main reason of this Thanksgiving In August is that through his advice and opinion I have regained my taste for reading I was in danger of losing, by lack of cultural references (and too much work). So, many, many thanks Mike , it is truly a great gift, much, much appreciated.
BTW, when are you starting your literary blog? I’m sure my by now almost 10 readers would migrate to your URL!

Aside from this DLC is a professional writer, and judging from his emails he must be a truly good one. Granted, I’m a dumb foreigner and it’s his job/ craft to write all the time . But I admire someone who has such a fine vocabulary he can very concisely and elegantly convey what he has to say in about 3 sentences, when I need something like 6,000 + words for one idea. I want the same thing he’s having for breakfast! I also forgot to mention it, because unless he emails you (or starts his blog or do anything else I’ll publicize here) you won’t see it, but Mike a fabulous sense of humor.

DLC has also forwarded me in he past a few links about the art world he found baffling (not this one but in the same spirit). Was I ashamed of our idiot cousins! I felt terrible. I mean, I am traumatized myself when I stumble onto this kind of devious crap. That kind of stuff inflicted on innocent bystanders makes you realize how far we’ve gone from the innocent era when Chelsea what just some indifferent name to give to your dog -not that I will name my cat Institutional Critique myself.
I hope this won’t steer DLC away from art definitively, because there are some truly great people here (especially you, my 7 art-people readers) and in the end, there’s always the art. Some of it may even be very good!
Anyway, my thanks to DLC for all his help, including the non-literary kind. For all my other readers, I’ll keep you posted on what he does publish, broadcast, his Booker Prize, Pulitzer, Nobel Prize and a few Emmys thrown in for good measure, if he’s OK with that. In the meantime let’s hope he’s going to take a well-deserved vacation. He may even come back with fabulous tales of unexpected sights.

*2 non-art readers, that is, if I excuse my siblings from the non-art readership. Since they had to suffer me for decades, I figure the art stuff has sufficiently rubbed off on them that I have to exclude them from that pool. There will be hell to pay at Christmas, let me tell you!
Posted by Frenchy but Chic! at 11:40 AM