Your Social Life Is About To Get Very Complicated 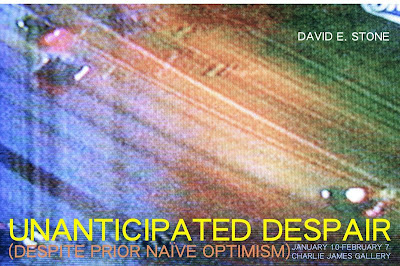 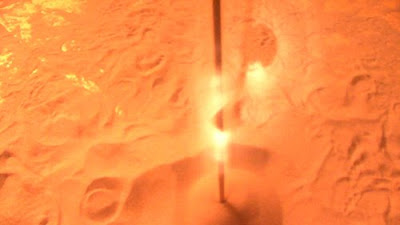 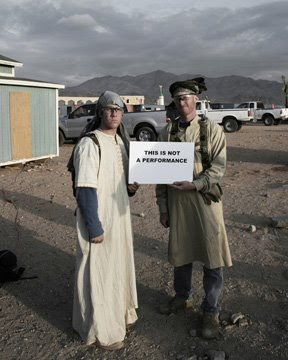 This week at least. It's this time of the year again, you know the first weekend of openings that follow the holidays (other hellish times chockablock with openings are the 1st Saturday following Labor Day, and the last wave of openings in June prior to the Summer/Venice Biennale/Art Basel/whatever periodical big art thingy happens this year). My readers overseas (hello, gentle readers overseas!) know it's exactly the same thing in Paris, London, Berlin, etc.). What they don't know is because Los Angeles is so spread out, it becomes an impossible marathon to try and go see everything, since gallery "rows" are scattered between Culver City, Chinatown, West Hollywood, and other spots like Venice and Santa Monica and even Beverly Hills if you're Gagosian-inclined.
Some galleries try to stand out and facilitate everybody's life by opening one week sooner (they are courageous, as it guaranties meager crowds), or closing their shows now, while others open one week later. Now if there was an über-calendar-regulator, we'd like to have, say, all galleries in one corner opening on the same Sat., then the other major row a week later, and our scattered friends elsewhere could have a mid-week opening as well (I suggest to our gallerist friends who are in hellish-for-parking locations to open on a Thursday, rather than a Friday. WeHo art dealers, I'm talking to you.). I'm giving you an edited version of where I'd go if I were you, and if traffic was no object.

To complicate things further, we have an art fair opening tomorrow, Photo LA. Which I love because you don't see the same artsy-fartsy mindfucks™ as elsewhere, and also if you go leaf through the bins you can find some nice anonymous early 20th century prints for a few hundred dollars. There's an opening/gala tomorrow which benefits LACMA's Photography Department, where Charlotte Cotton curates and does lots of interesting things.
This takes care of your Thursday, so Friday you can go to some place in Koreatown where a space called COMA presents Teeth Keep with artists Gina Clark & Robert Hansen who, if I understand correctly the press release, are doing performance. It's 7 to 11PM at 3503 West Pico, you can call them at (323) 652 0596 if you want them to explain the press release to you and confirm that yes, there's an open bar.

Now, there's Saturday. I'd say you start very early in Chinatown so you can attend the last day of Darren Almond at Dave Patton. Then you can move on to Charlie James Gallery and attend the opening of FBC! pal David E. Stone (hi David!) and also, maybe, spot me.
At Cottage Home/Sister there's a show I'm curious about, Kirsten Stoltmann. I have no idea if anything is happening at China Arts Objects (Steve, your website is a mess).

In and around LACMA, there's Lecia Dole-Reccio at Richard Telles, and at Steve Turner you can see Julia Meltzer and David Thorne (+Jeff Ono). But wait! A stone throw from Steve Turner, at 6150 Wilshire you can go to Acme and see not only Monique Prieto solo show, but a group show that includes Justin Beal (and Kai Althoff but I'm more into Beal). There's also a show at Marc Foxx and I think something at 1301PE but I'm not sure. Daniel Weinberg curiously has an opening too for a show that's been up since early December, aptly titled "another damned drawing show". Gotta love that man!

If you made it there by 7.45, what with the traffic, the schmoozing, and did I mention the art? - then you're good to head to Culver City where, if I were you, I'd go see the shows at LAXart (someone asked me why I don't write it with the characters that look like European single quotation marks: because it messes up my html).
There's Yunhee Min and also Uri Nir, curated by the ever interesting Aram Moshayedi. I'm hoping to make it to some of these openings, but my back is currently killing me and getting in and out of the car and driving are a bit painful, so we'll see how far I'll make it.

Also on Saturday, but honestly I think going there on Sunday is your best bet, is the vernacular photography fair, a.k.a. the "found photography" fair, where you can buy anonymous pictures for very little money, and if you read Bourdieu in French you can also prepare by cramming Un Art Moyen. It may be translated in English, I don't know. It's a great book, and a good precursor to explain Web 2.0 and reality TV, without the glitz. As for the *fair* it can be fun, if you have some stamina left.

Now, it's all well, but there are a couple of shows that opened last Saturday and deserve to be mentioned. Nicholas Grider opened at Sea and Space and his shows looks interesting, so please go have a look. And Kaz Oshiro opened at the grand dame of LA art dealers, Rosamund Felsen.

If you are in Florida, Sarah Gavlak has an opening ("dilettantes, dandies and divas", a group show), and if you are in Berlin Gaudel de Stampa also presents some artists including FBC! very good pal Matthieu Laurette at Micky Schubert. In Paris, Laurette's exhibition at Gaudel de Stampa is prolongated until the end of January. Speaking of Matthieu Laurette, he just started his blog, where you can see his pictures of the Martin Margiela retrospective in Antwerp. Don't miss Matthieu's visit to IKEA, and his pictures of Amsterdam's architecture!


Now I fear I've forgotten and left out some openings in LA... I apologize, pals, I only have one brain and still no sexy young intern (you know, the dark-haired Daniel Craig I've been waiting for for a while now) to help me. Also, LA readers, brace yourself for the other art fairs coming in 2 weeks, Art LA 2009 (it's the one they chose to hold at the time of the year when it's raining like hell, it's held in the shabbiest setting ever and sales are really slow, so this year, uh, I wish the best to all the art dealers. Really) and its lame sister, Los Angeles Art Show 2009, which moved to the LA Convention Center but still has a lackluster roster of exhibitors, mostly secondary market dealers. If you have to get wet, Art LA is the exciting one.

Pictures: David E. Stone, Uri Nir and Nicholas Grinder. Click on the link to their respective shows for credits.
Posted by Frenchy but Chic! at 7:42 PM