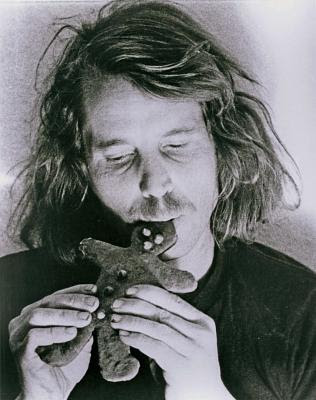 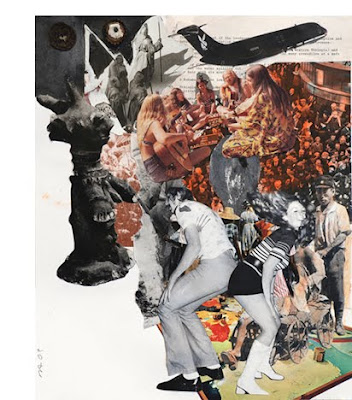 Today I'm glad to have a functioning shoulder again, thanks to the truly awesome therapist I've seen last week (really, I want to adopt that man and take him everywhere with me), so I can type, yeepee!
Now the bad news is there's super loud construction going on next door (FBC! lives/works in a duplex, so next door is literally in the house) AND our internet connection works one second out of twenty, maybe. So, in between having earplugs grafted to my ears (not working very well) and my connection malfunctioning, posting is very, very irritating. To say the least. Ah well.

So, instead of posting you a nice April Fools Day joke (I was going for Jeffrey Deitch renouncing all his assets and entering a Zen monastery, after donating all the artworks from his personal collection/his gallery to poor, small and deserving museums scattered all over the United States. Or maybe Larry Gagosian being announced as MoMA's next director. Or even Jerry Saltz and Roberta Smith entering a MFA writing program) I'm just going to announce a couple of openings this coming Saturday.
There's William Cordova and Shirin Guirguis opening at LAXart, and Roy Arden at Richard Telles. Image above taken from Telles' website. There's also Tris Vonna-Mitchell opening on Sunday at Overduin & Kite, where I won't be able to go but I'd like to mention them because it's a good gallery and they are smart to do their openings on Sundays.

Speaking of good spaces that should be mentioned more often, the current show at Las Cienegas, featuring FBC! occasional collaborator Vincent Johnson is very good. I had a blast at the opening, and met people I hadn't seen in about a decade, sure, but the space is magnificent and the curating intersting. And, also currently at Tom Solomon is the Dennis Oppenheim exhibition, I haven't seen it yet but I hope to do so very soon (the Dennis Oppenheim pic: Still from Gingerbread Man, B&W and color photography, collage, text, 1970-71, 60 X 40 inches)
Posted by Frenchy but Chic! at 11:10 AM