Your Social Life After The Revolution 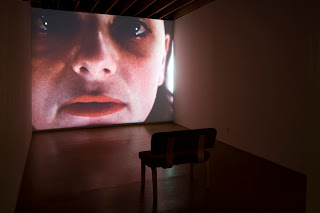 I almost forgot to update FBC! this week (oops) so engrossed I was with the current revolution going on in Egypt. Congrats to the Egyptian people for getting rid off their dictator, and let's wish them the very best of luck in accessing  a true, egalitarian democracy with full civil and legal rights for all genders, religions, and sexual orientations. This noise you're hearing? It's the West being scared shitless about losing its empires - they haven't realized the deed is already done.

Meanwhile, our little art world lives in Los Angeles and elsewhere look pretty tame in comparison, don't they? Nonetheless, should you feel so inclined,  there are a few worthwhile openings to attend here, starting tonight with Chadwick Rantanen at Dan Graham in Chinatown. I'm linking to their FB page for the event,  because I never seem to find their website, assuming they have one.

Tomorrow, two really interesting shows, William E. Jones at David Kordansky, and at Steve Turner, a very rare exhibition indeed with James Benning, as well as Jenny Herrick and Pablo Rasgado.
In the vicinity, don't miss at 6150 Wilshire the following: Jennifer Steinkamp has a show at Acme, while Marc Foxx shows David Musgrave. There's also a show at 1301 PE but I'm a bit confused as to what it is except it features some Jack Goldstein artworks, so it's a great reason to go there. But it wouldn't hurt if 1301 PE would put some press release on its website.

Another rarity, Belgian artist Johan Grimonprez at ltd Los Angeles. The show has been up since Wednesday and the official opening is on February 19th, if I believe their website. I should technically tell you about it next week, but I know I won't remember, so here it is.