A Happy New Year And All That 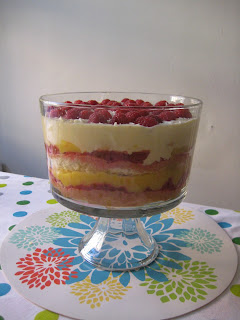 Hello, beloved and thinning readership.  Hope you had a great holiday season last month, and greetings from yours truly for the New Year. I know it's almost the end of January, but in France you can say "Happy New Year" until  the 31st, so please bear with me. Here's to hopping 2012 will be better for everyone, with crossed fingers no nation will be earthquaked, tsunamied, nuked, engaged in war,  or anything that catastrophic.
I'm also wishing we're going to see people put their money where their mouth is and support "content creators" (i.e. musicians, visual artists, writers, filmmakers, etc.) by actually buying their work, and big corporations such as Google not only pay their fair share of corporate taxes but also reverse a fair percentage of their enormous advertising revenues (that they get through all those file-sharing and streaming platforms) to the artists. Hello Google, I'm talking to you, you bitch. Nice to be against SOPA - so am I - but there's no reason you should be the only one to get rich while despoiling people who actually make the content in the first place, you big hypocrite, you.

So, what's going on with FBC! in 2012, are you going to ask? Quite a few things. I've been skipping the various local art fairs because, frankly, in Los Angeles they are always lame. I wish tons of success to our local art dealers, but this ain't a great collecting town and it shows. I'm happy for everybody that this year, for the first time in at least half a decade, we didn't have any torrential rain during the fair.
Likewise, I've been skipping the performances related to the Pacific Standard Time series of events, mostly because I'm not very keen on performance art in general (ditto public art) with some exceptions, so I wouldn't be the best person to report on it.

As I was traveling a lot last year* and on various deadlines, I'm slowly catching up with the PST exhibitions. Expect a report in the next few weeks. Alas, since many are closing right now, it means I'll only have a fragmentary vision of the lot. I've heard the California Light and Space shows in San Diego were spectacular and scholarly, unfortunately they're closing this weekend.

In the next few weeks I'll also tell you about Andy Alexander's new project, werk.by - something I believe could be revolutionary, and is community-oriented in a way few artists projects genuinely are these days. Check it out and please be gentle, as it's still in beta. It's for artists only and you have to register, but it's worth it. You can see it demonstrated currently at the Glendale College Gallery, by appointment only as the college is on a winter break.


Musically 2012 will be super interesting for FBC! has Leonard Cohen has a new record out in just a few days, John Cale's new album should be out I believe in May, Scott Walker is said to be recording an album as well, and there's this Beach Boy reunion thing that could be terrible, or very moving. Speaking of reunion, Belgian-Israeli band Minimal Compact is reuniting and playing in Israel shortly. Hopefully they will tour more. And closer to us, Psychic TV is playing at the Echo on February 26th.

Politically, 2012 will be, ahem, interesting, one hopes. Sure you know all about the US upcoming elections, and no matter where your political allegiances are, there's only one way to make your voice heard: vote, vote, and vote. Better yet, once you're done occupying and voting, if you really, truly want to see things change... run for office. As a dirty foreigner and all that, yours truly cannot vote in the US - I can just pay my taxes and hope for the best.
Do you know the French are voting, too? Every 5 years or so, they manage to ruin my birthday by staging one leg of the presidential or legislative election on that day, and sure enough, they're doing it again this year. Good thing Record Store Day happens the day before to soothe my mood.

Stay tuned for more art and music related posts here at FBC!. As for the picture above, it's a Meyer lemon and rhubarb trifle I've made recently. Have a great year everybody.


* I suffer increasingly from jet-lag when I travel and I almost always get sick when I get back, so the catching up on non-FBC! issues takes precedence over the blog, in addition to the meeting-deadlines-of-the-kind-that-pays,  hence the paucity of posts last year. Sorry about that. If you'd like to see more FBC! posts, send me some hard $$$ to support your dubious addiction. It will be deeply appreciated.
Posted by Frenchy but Chic! at 11:53 AM