My Favorite Los Angeles Shows in 2010 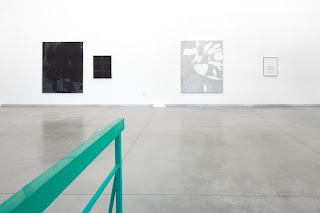 I said I wasn't going to do it, and then I changed my mind just because. I'm going to list them in no particular order whatsoever,  the shows I've liked in Los Angeles this year. I'm not giving you any reason why I liked them because I'm packing up and a bit busy, also I'm sure it's a fragmentary list because I haven't really sat down to reminisce. So here they are.

It pretty much sums it up for 2010, which overall was pretty fantastic in Los Angeles in terms of exhibitions, but of course for me the highlight of the year was the John Cale concert at Royce Hall in September. *Nothing* can top that.

And now, the lows of 2010: pretty much all of MOCA's programming, with the exception of Suprasensorial and Iannis Xenakis, the National Portrait Gallery censorship of David Wojnarowicz and their refusal to let AA Bronson take his work out of the show in protest, and the LA Weekly letting go of Tom Christie and Doug Harvey.

Pic: Matthew Brannon exhibition at David Kordansky, picture from the gallery's website.
Posted by Frenchy but Chic! at 6:15 PM

Email ThisBlogThis!Share to TwitterShare to FacebookShare to Pinterest
Labels: best of, worst of