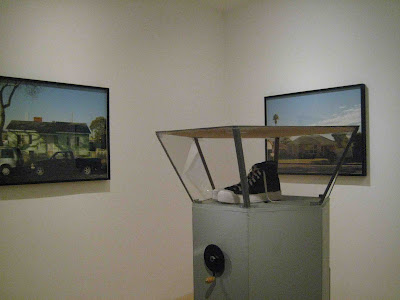 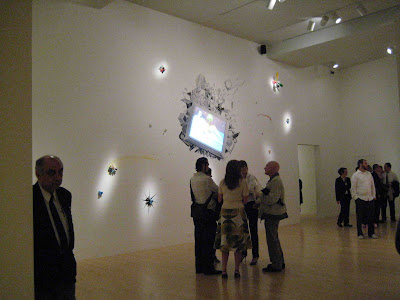 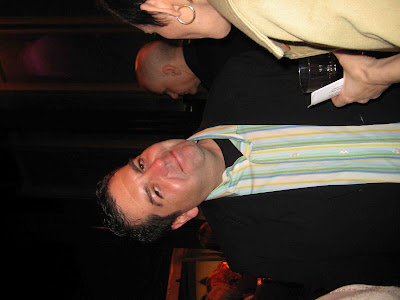 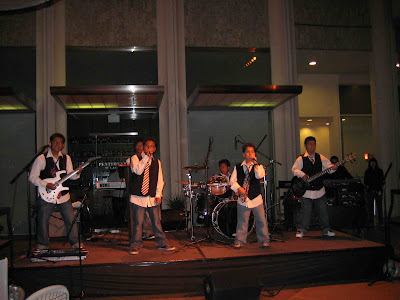 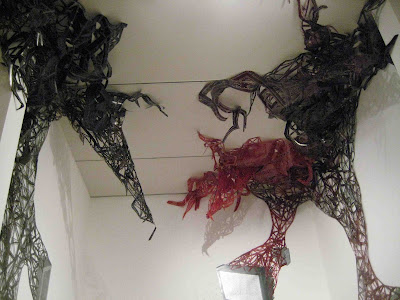 So almost 2 weeks ago I went with a very talented painter (Hi Ivan!) to the opening of Phantom Sightings at LACMA, the most exciting show I've seen in a long time at a Los Angeles Museum. And I don't say that because the lead curator of the exhibition, Rita Gonzalez, is a close friend of mine. I honestly was a bit weary before going, as I am with many identity-based show concepts ("Post-Chicano art"), and also because there were 3 curators involved (Howard Fox and Chon Noriega were the 2 other ones) and it's always difficult to find a good balance between several curators choices, tastes and interests. In addition, I know very little about Chicano/Latino art, aside from my occasional visits to shows and my already professed admiration for Ruben Ochoa (museums everywhere, collect this guy NOW). So I thought it was outside of my area of expertise, which was a totally stupid prejudice or stereotype, as it is a contemporary art exhibition, my chosen specialty.

So we walked into the exhibition space in what used to be the Anderson building, and wow! Weren't we blown away! I've come back to the museum again last week to see the show (re: wow) and BCAM, and clearly Phantom Sightings is a winner 9BCAM, on the other hand...). It's smart, beautifully, perfectly installed, there are many artists and works I've discovered, and the identity part isn't propaganda-like but functions in every single work as art, beautifully integrated and meaningful without being overbearing and aggressive or guilt-tripping. I'm waiting for my long-anticipated lunch and walk-through with Rita to really write a review, and I also want to get the press packet and read the catalogue so I don't write egregious mistakes about artists or dates. I also want to refute that stupid article: granted, no one reads City Beat (at least no one I know. Do you know anyone who reads it? Let's start a contest!), but it seems the person writing is well-known, if scandalously ignorant about art stuff. Very arrogant and condescending too: having gone on a date at the Norton Simon doesn't make anyone an art lover or an art expert. She writes well, much better than I will ever dream to, but wrong tooth to pick Honey! You're a bit late on the LACMA-bashing. I think what you need is take your dates to Disneyland, you would be more comfortable there, seeing that you come from the OC (yes, I'm in a bad mood too, it's IRS day today!).

[While I'm in a bad mood, I want to retaliate: one of my former colleagues scooped me at the opening and told a guard as I was taking pictures without flash, as is allowed and indicated at the entrance. I'm slightly pissed off you (because I know exactly who you are): a) didn't ask me directly to stop taking pictures. That was lame and cowardly. What were you afraid of? Did I ever bite you? and: b) got a guard involved: it's an impossible situation for them to have one of their superior telling them to prevent pictures from being taken while there are signs telling the public it is allowed and: c) you're not even the curator of the show, didn't bother to check whether it was OK or not, which is very condescending and arrogant. Next time, ask me directly, if it makes you uncomfortable I will stop. Mind you, I asked the curator if it was OK and she helpfully told me yes and I did read that sign, so I got my bases covered, and you did not. So, screw you.]

Meanwhile, you my faithful FBC! readers have all the time in the world to see the show, and you should really do it because it's one of the most intelligent show to end all the identity/post-identity politics exhibition concepts to come, and you will enjoy seeing some of my faves: Ken Gonzalez-Day (beautiful), Ruben Ochoa, Juan Capistran, Ruben Ortiz-Torres and the woman whose name escape me (I need that press package, dammit), who does role-playing B&W photographs. So more on the show later, and here are a few pics I took at the opening.
As usual, the vertical one is sideways, thanks to Blogger and its uploading pix tool.
Posted by Frenchy but Chic! at 3:23 PM

I think that's Carlee Fernandez who does the role-playing B&W photos.

And that article from City Beat was pretty witless, but the show got a positive review in the LA Times today, where Christopher Knight says "Phantom Sightings...could easily pass for a Whitney Biennial. Come to think of it, I wish it were the Whitney Biennial."

OMG, Noellie, the "screw you part" is hilarious. Thank you. JULIE