Things My Students Would Love To See At Museums 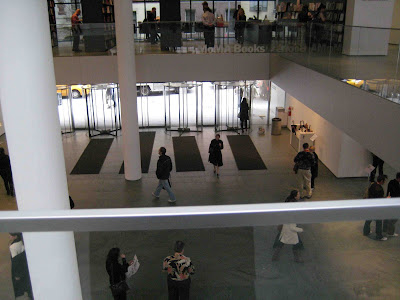 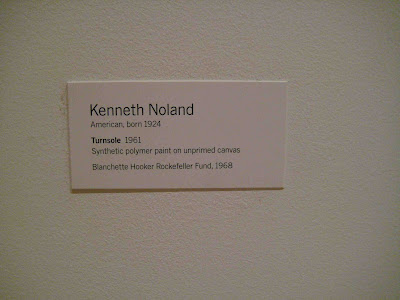 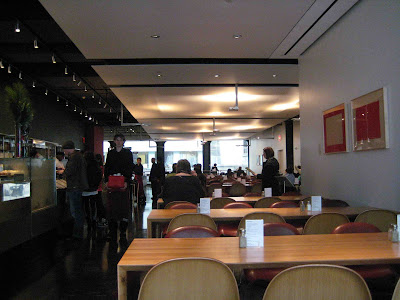 No, not the art, but the stuff around it.

[Before I start, please note my students are a sample of 39 people, with a ratio of 55% women for 45% men, a very diverse crowd that includes African-Americans, Latinos, Asians and White students. All of them work to support themselves and sometimes their families, the age rank is overwhelmingly under 25 with a few students (about 5) in their early 30 and one student in his 50s. They are all majoring in either fine arts, graphic design, communication and marketing, or art history (only 3 of them).
They are not your everyday sophisticated art crowd, but the type of people most likely to be paying visitors in museums.]

1. They want the museum admission to be free. They rightfully compare museums to libraries in the sense they both have the same type of mission (making a certain type of knowledge accessible to all). However, they don't realize it is a funding issue (libraries publicly funded, museum mostly privately in America). Some of them explain that if they have to pay, they expect to have the same type of experience as going to Disneyland or to the movies: being entertained.

2. Information, information, information, of the printed type. They complain about the fact there is no easy way to get it during the visit, especially in permanent collections where they feel it is the museum's true job to tell them about the era, the geographic location, the civilization, what the artifact was used for, its signification and if there is some information about the creator of the piece. It sounds pretty straightforward, but they are absolutely right in stating this information is almost always missing.
I know most curators are worried too much print near an artwork can be distracting from the aesthetic contemplation, but there are ways to do this (i.e. floor labels).
Their major complaint is that if they want to know about one artwork, the info is usually abundantly available only on the website (yay for this) but not right in the building when they visit.
Also, something they were not aware before the class but they got attuned to: if the collection isn't comprehensive (as it is indeed in most California museums) they would like some type of explanation about the gaping holes: what's not there, which are the missing links, etc.
Lastly, it seems super simple, but it isn't: they want to know where to go when they get inside the museum. Where to start, in which order if there is one, and where things are. Effective signage is rare.


3. The security guards (cutely named "museum attendants") usually know zilch about the exhibit. Obviously, the public has no idea most security guards work for subcontractors and are not part of the museum staff. Nevertheless museums everywhere should train their security staff, subcontracted or otherwise, at least in the basics of what is where in the building, and how to direct the public to where it can get information.

4. Speaking of which, photography policies that vary from one point of the building to another are confusing. Some students feel under attack if they fish in their bag to fetch their phone or lipstick and are yelled at : "no photography". Museums should stick to a decision (allowing photos everywhere or forbidding them everywhere) as long as it's consistent, and train the guards about the policy. It's confusing if it's allowed in one exhibition but not at the one next door.

5. They feel that most museums that have activity rooms are only geared toward children and families, and that as young adults they feel left out. They would love to participate in hand on experiences.

6. They hate audioguides, and refuse to join tours if they have to pay for it. There's also a peer aspect to it, i.e. if no one in their age group tends to join a tour, they don't want to be in one. They don't really care for aging docents. For some reason, they expect to learn about the works on display form other visitors. There may be some untapped potential for educators here, but I don't know how.
BUT they really like: podcasts, and any interactive info they could get during a tour on their iPhones and such like (I know there's a contradiction between wanting a free admission because one's a poor student and owning an iPhone, but it's their contradiction, not mine).
They also want free wi-fi throughout the museum (which makes sense if the info available about the works is through the website).

8. They overwhelmingly enjoy all-nighters at museums with live bands, food, interactive activities, etc. They want their type of music (which varies, but not Jazz nor Classical, I was surprised to see they mostly favor electronic music) so they can dance. Many of them are unaware of the various movie programs or lectures, which would benefit from more PR.

9. They have suggestions. Like installing interactive kiosks with touch screens in museum galleries, where they could select the work they want to know more about and quite possibly, print it out on demand.

10. They want... holograms! Yep, like "Leonardo talking about the Renaissance".

11. They would love to see more reconstitutions of period rooms where they get a sense of how people lived, but also how the art was used and displayed. One student even asked for a church-like room where altarpieces would be displayed the way they were, etc. But what they mean really is that they would want to be in the period room themselves, handling the objects and learning how/why they were used (replicas, I see a market for you). The kitsch factor doesn't seem to be on their radar.

12. About contemporary art... they really, really want to know about the work without having to buy a $55 catalog. They feel also the contemporary art museums environment is the most sterile (painting the walls a different color and putting in some seating would help). They suggest to have the artist himself, since in most cases (s)he is alive, to give a small talk about the work that could be podcast/Youtubed/received on their iPhone, etc.
Which I think makes sense, and would probably teach a bunch of artists I know how to express themselves clearly without using gibberish. Most people don't want to know "you're trying to subvert the codes of perceptions" because they don't understand what you mean, and chances are, you neither. What are the codes of perceptions your paradigmatic shift is subverting?

13. About non-Western art, some of them feel there should be contemporary art from the same region/culture exhibited in the same department: i.e. art from Iran or Northern Africa in the Islamic Art Dept., same with Indian art, Chinese, etc. They don't want it to be separate and shown in the Modern and Contemporary Art Dept. (where it isn't shown anyway but as a token, punctually).

14. They can stomach obscene/transgressive content as long as there is some explanation about why it's there or why it is important in this or that aspect of a particular culture. A very devout catholic girl told me about being shocked when seeing erotic Indian art but upon reading the explanatory didactic right next to it understood its function and felt comforted by knowing how important it was in Hindu culture at the time. They also feel that religious content isn't sufficiently explained/described i.e. when they see an Annunciation, they have no idea what it is about, except there's Holy Mary and an angel. Since its the basic of Art History 101, a refresher in the guise of an extended label would help.
Posted by Frenchy but Chic! at 12:52 PM

Email ThisBlogThis!Share to TwitterShare to FacebookShare to Pinterest
Labels: what young art students want to see in museums