The Glen Avon Trilogy - The Spigot 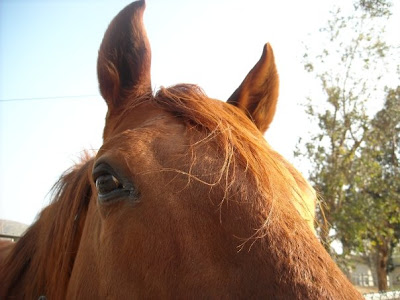 [I've announced last month a new literary collaboration to FBC!, to depart a little bit form all the art stuff. Here's the first installment in a series of autobiographical stories by Renee Montgomery. I also have to apologize in advance for the slower pace at FBC! these days, not only my shoulder hasn't healed yet but we're also experiencing some recurrent breaks in our high-speed connection that make posting a little bit complicated. Linkage is messed up, apologies for the weird anchor icons here and there. FBC!]

The Glen Avon Trilogy - The Spigot

In light of my chronic childhood fear of kidnapping, our family’s move to Tyrolite Street in Glen Avon didn’t improve my mental health condition. If Glen Avon wasn’t already on the correctional system’s map of potential drop-off zones for repeat-offenders, it should have been. Every other property certainly telegraphed a lifestyle that lowlifes, dangerous criminals and other "despicables" would find warmly familiar. Filling most lots were old mattresses, junkyard cars, junk heaps, junked appliances, and unkempt children Dorothea Lange would have rejected as too depressing.

Given the option of being left alone in the house while my parents worked in the fields, I preferred the chore of lugging around muddy irrigation pipes in the pasture. Although the indoor TV reruns were attractive, at least in the middle of the field I could keep my eye on any

sudden movements from the crazy neighbors. The acreage provided a buffer zone on all four sides, and, although heavy and awkward, the pipes would afford a modicum of defense when attacked. So the pipe-management task meant relative peace-of-mind throughout each day until my parents breathed the dreaded words: “the spigot.”

Not normally fearful of plumbing fixtures, the spigot wrecked panic in my heart knowing it meant having to cross several adjacent properties, alone, to the main drag to turn on the irrigation valve. Stables lined the path on either side to the spigot and I would draw comfort from the horses’ presence but was ultimately dismayed knowing their inability to describe my bludgeoning to the police. The only consolation en route to the spigot was the awareness my parents would soon realize something was amiss when the irrigation water didn’t flow. Upon inspection, they’d shortly discover the reason for blockage: my dead body.

By the end of the day, even the hardest-working pipe-toting children wear thin on parents’ nerves and the question “Why don’t you go across the street to play?” always comes up. Although she had never met the Shermans, my mother, in her infinite cluelessness as a parent, was positive they were upstanding individuals, --seeing that the couple both had jobs with Lay’s Corporation – a distinction my farmer parents could only imagine. And the Shermans had a child meeting all the qualifications for a playmate in that era: a boy or girl within ten years of my age. So as was customary in those days, I was sent over on my own without introduction to play with Darrell Sherman.

Although a standoffish child, once I made it past the goat gauntlet in the front yard, it didn’t take long to get to know Darrell and his parents. Their three-room shack meant the family held few secrets. I soon recognized where Darrell got his large looks -- from his size XXXL parents. The small house design must have been restrictive for the full-body Shermans but they wisely kept to a simple furniture layout: two Barcaloungers and one TV in a classic V-pattern. I recalled what my mother had implied about the family’s corporate connections upon seeing the floor covering – an ocean of potato chip bags from wall-to-wall, mostly open. Hmmm... Yes, my mother was right, the Shermans had unlimited access to corporate perks – all the defective bags of chips they could eat. After polite conversation following snacks, I edged to the door.

Except for the time I saw someone resembling Darrell on the Rikki Lake show being craned out of his house, I hadn’t thought about the Sherman family for years till recently stumbling into Ted and John’s property. A shack, junk everywhere, -- memories flooded back. “Come and see my creek in back,” John invited. Memories of my childhood paranoia also streamed back. Had Chandra Levy been invited to see “the creek in back”? John seemed like a nice-enough guy though and so I listened intently to his descriptions of the "toxic flume" -- confusing but plausible I guess? Following a tour of the garage and trailer stuffed with layers of crap, John stooped down and asked if I wanted to see his wiener? -- his favorite joke when introducing his dachshund, he explained. Ha ha!

Then came John's truck, covered with a notice of confiscation -- part of John’s dispute with the State? County? Feds? Who had taken his former land, -- not eminent domain, or failure to pay taxes or mortgage payments, -- but communists, in our government, confiscating private property for their own evil purposes. Furthermore this had to do with me, John explaining he had been watching my car for me all afternoon – in case it might be seized too. In thanks for his careful oversight, a date was implied. Recalling my set-up with Darrell and the horses unable to testify for the prosecution in my murder case, I graciously declined and edged to the door.

(Renee Montgomery writes from Glen Avon, located near Jurupa, near Rubidoux, outside Riverside California, -- known for its toxic groundwater, auto junkyard and life-size dinosaur models.)
Posted by Frenchy but Chic! at 4:01 PM