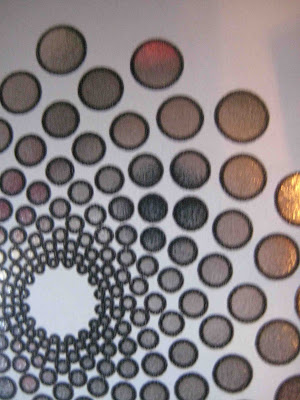 FBC! is back briefly to wish you a Happy New Year, hopefully a much better one than last for everybody, and while I'm at it, let me wish everybody a fabulous new decade as well. With a saved planet, hopefully with less people on it (I'm working very actively at not procreating, and if LA drivers keep on ramming into me I should also personally contribute in lowering the overall mortality age), less poverty, more education, more arts, etc. etc. "imagine all the people, la la laaaaa la la".

It doesn't start too well here in sunny SoCal, what with LAUSD planning to eliminate elementary arts education, and Michael Brand stepping down at the Getty. I'm not going to conjecture why and how Michael Brand is leaving, because the Getty recent endowment troubles and subsequent knee-jerk reaction in implementing drastic cuts have been well-documented elsewhere.
No, I just wanted to remind you that Michael Brand was the other museum director in LA named Michael who wears cowboy boots.
He and Govan are about the same height, and I guess the similarity ends here, though both arrived in LA roughly at the same time, to take the helm of museums (seemingly) in crisis. Whatever the reasons of his departure, FBC! wishes Michael Brand the very best for the future, and wants to remind everybody that one of the best shows in LA last year was the French Bronzes one at the Getty.

As for the LAUSD cuts, they are really regrettable, but what can you expect from an administration that cannot even train its students to spell and write correctly at the end of 12 years of formal education, as any instructor in local community colleges and in the Cal State system can witness?
FBC! also wishes the best of luck to governor Schwarzenegger in trying to shift the budget in California from privileging prisons to favoring higher education instead. If he succeeds, our hope is that funding will go into loads of remedial classes to teach students how to write, count, and maybe eventually learn to do research without using the internet. We also hope that this change will allow the Higher Ed. various faculties to destroy the illusions of all these poor American children who have been told that their self-esteem was much, much more important than doing a great job at any given assignment (we wish them the best of luck in their professional life as well).

With this, best wishes to you, beloved readers, and a few more posts later.
Posted by Frenchy but Chic! at 2:44 PM