Your Social Life - A British Invasion In LA! 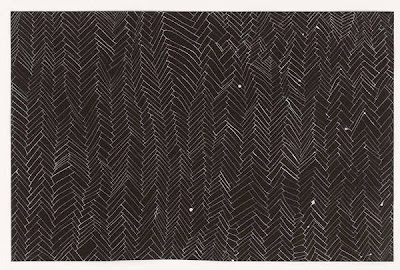 Sorry beloved readers for being so late with the latest installment of YSL. Been a bit busy writing and falling in love all over again with Walter Benjamin (I mean, as far as imaginary boyfriends go, this one if very classy - if improbable).

That's why you're not seeing me tonight at Art Los Angeles Contemporary, the art fair that replaces the other art fair, you know, the short-lived one that is somehow postponed to next year, except the new one is at the Pacific Design Center (because, let's face it, there's NOTHING else going on at the PDC but art galleries filling it from time to time) but with the same galleries as the last art fair. The ones that haven't closed yet. In any case, most galleries at this year's fair are the usual suspects with brick & mortar locations in LA, so, what's the point of having a fair going on, let me ask you?
I think the most useful thing this fair can accomplish is demonstrate how practical it were if all galleries in LA were conveniently located in the same neighborhood. Just saying. Meanwhile, FBC! wishes all exhibitors to sell out their booths, because God knows the times they are a-difficulting, if not a-changing too much.
I'd recommend you click on the list of events and programs associated with the fair, which are certainly the most interesting part for us impoverished non-collectors, especially the Hollis Frampton event, the two programs about the legendary Ferus Gallery (young ignorant artists fresh out of art school, this one is for you). You can tell we're going through lean times because alternative spaces are included in a self-guided tour, and there's a panel discussion about women in the art market, things that would almost remind me of the 1990s (a time when art was daring, young people, since no one was selling).
I'm sorry for myself I have prior social commitments + writing to do, otherwise I'd spend some time there.

Obviously because it's officially art month in Los Angeles (there was Photo LA earlier this month and also the other art fair, the really, really lame one) there are other things going on this week, but FBC! particularly recommends the premiere of Jeremy Deller's movie at the Silent Movie Theater. Deller is the living proof that someone can actually be a YBA and a good artist, plus he went to the Courtauld and one has to support fellow trained art historians. So go and flock The Posters Came From The Walls, with Deller himself in attendance. 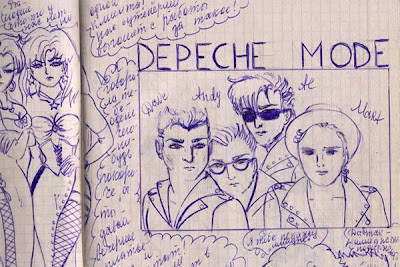 And if you're in possession of an invite you can go see my other favorite British artist, Rachel Whiteread who has an opening at the Hammer. The Hammer is spoiling us with what promises to be yet another excellent show on the heels of the magnificent Charles Burschfield retrospective that closed earlier this month. Whiteread is better known for her sculptures but here she will be showing her drawings. I'm hoping for quite a treat, a little bit like the Vija Celmins exhibition a couple of years ago.

Now if some museum could bring us a kick-ass Mona Hatoum show, I'd be extatic. Have a great weekend you all!

2nd image: taken from the website for The Posters Came From the Walls
Posted by Frenchy but Chic! at 8:56 PM