Your Social Life - With Pole Artist In Tijuana No, not an exotic dancer, and neither an artist from Poland. Rather, FBC! Gal pal Nancy Popp will be executing one of her celebrated streetpost climbing South of the border, in conjunction with the exhibition Performing Public Spaces. The action will take place across from the Santiago Arguello (Alley of the Musicians) near the Reloj Monumental (the giant silver arch) at the intersection of Constitution and Benito Juarez y/o Segunda in downtown Tijuana. All information on the show (which also includes Fallen Fruit, Finishing School, etc.) on the link here.

If you are in Los Angeles this weekend, Jack Pierson has an opening at Regen Projects. In Culver City, Stanya Kahn It’s Cool, I’m Good, opens at Susanne Vielmetter along with Karl Haendel, while A Harmonious Mix Of Objects (with Chris Lipomi, among others) opens at Mihai Nicodim Gallery and to round up the Culver City circuit, Robert Melee also has an opening at Kordansky.
[If you are in Culver City prior to the openings tomorrow, I highly recommend the Judy Fiskin exhibition at Angles].

Closer to my Mid-City 'hood, Tim Sullivan opens at Steve Turner as well as Ilan Lieberman
On the other side of town, Mostly Sculpture Show opens at Sea and Space Explorations. 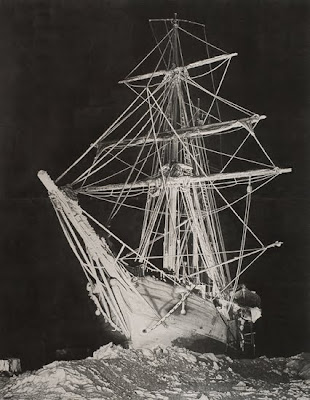 Already opened, but I forgot to mention it: there's a secret Jonathan Lasker cult for Los Angeles painters, and their worshipping can be currently satisfied at LA Louver, until April 3rd. Since you'll be on the Westside if you see this show, don't miss Diana Thater at the Santa Monica Museum of Art. Rachel Whiteread still looks beautiful at the Hammer, and if you drive Eastward to Miracle Mile, LACMA has the Renoir, American Stories, and Robin Rhode exhibitions on offer, plus its great permanent collections. Robin Rhode just opened, don't miss the beautiful video. It's in the Ahmanson Building. Right before you go to the opening at Steve Turner, swing by Marc Selwyn to see the Mel Bochner exhibition.
And, still ongoing, MOCA's collections.

Have a great art-filled weekend!

Email ThisBlogThis!Share to TwitterShare to FacebookShare to Pinterest
Labels: Your Social Life

That's not Mel Bochner, it's Karl Haendel. Pencil on paper.

The top picture *is* Mel Bochner, Dahlink. I guess I should have numbered the pics.
Bottom one, as I said, taken from Vielmetter's website where there wasn't any credit, so it's hard to tell whether it's a vintage photograph or, as you state, a drawing by Karl Haendel.