I work in The Industry... 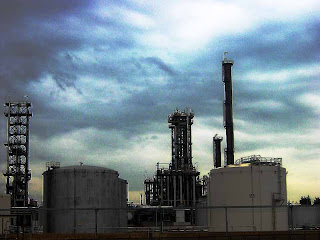 There's a bevy of things happening this week, from Michel Serreault, Ingmar Bergman and now Michelangelo Antonioni departing for bluer skies. Serreault was a good actor and he did much more than La Cage aux Folles. Bergman and Antoniono I never managed to like, despite youthful and repeated attempts at watching their movies in their entirety (I was such an earnest student).

Anyway, the art world shocker today is Lisa Dennison leaving the Gugg to join Sotheby's. Basically, she's going to do exactly what she's doing now but for much more money, without having to worry about conflicts of interests, etc.
So, openings hopping (trustees reception only), galas, fundraisers, art fairs private showings, inane conversations about art worlds going on, endless phone calls about who's going where doing what when, mingling with fashion-obsessed trophy wives and their spawn, all of this with the smug inner conviction that this is much more better than fashion or Hollywood: this is glamour with a brain.
Yep, the art world had definitively morphed into another branch of the entertainment industry. Institutional Critique got it soooooooo wrong...
Anyway, if my brain was working as it should be I might have drawn some conclusion or link with the passing of the aforementioned cinema giants, but I'm sure you can work it out for yourselves.
Posted by Frenchy but Chic! at 10:56 AM