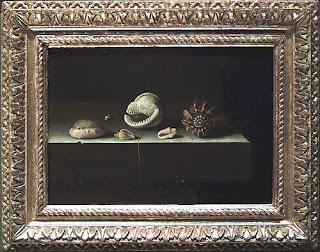 Full disclosure: I have spent at least 10 years at the Louvre. I still remember my very first visit there when I was about 8 years old, when the entrance was located by the Colonnade de Perrault through the Salle du Manege. Later on I became a student there and later on an instructor at the Ecole du Louvre. I know the collection inside out and it is still my favorite man-made place on the planet (Venice a close second).

If there is one thing for me that embodies what's really good about French culture it is the Louvre. First of all it was created as one of the first public museums in the world. Then during the French Revolution, when France was at war against all of Europe's then-superpowers [England, Austria, Prussia...] the French assemblymen chose to spend some time discussing whether to create zenithal (skylights) lighting for the Grande Galerie or to only have side windows. They chose both in the end, but I am forever proud to think that in time of all-out war the French were thinking first and foremost about culture.

The Bonaparte-lead French revolutionary army later went on to loot and plunder Italy and Flanders to bring back artworks in the name of Liberty. This is a hypocritical trait I am not proud of, but I think it sheds some light on how big museums would later constitute their collection and legitimate some embarassing blunders and oversights. All of today's issues about non-legit items in collections, nationalism, politics and culture are already laid out in Quatremere de Quincy's Lettres A Miranda Sur le Deplacement des Monuments de l'Art En Italie (1796)

Aside from that, I love, love the Louvre and I miss it here in Los Angeles. I always thought that if the Lacma, Getty and Norton Simon collections could be merged together then Los Angeles would have the world-class museum it deserves, at least in term of European Art collections.

Links to the aforementioned museums later, once I start using Firefox.
Posted by Frenchy but Chic! at 4:35 PM