Legend At The Domaine De Chamarande 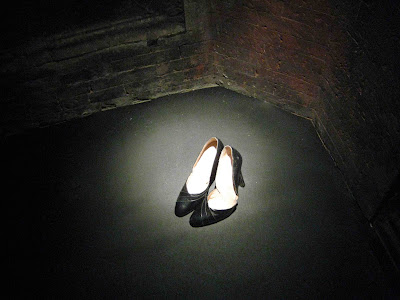 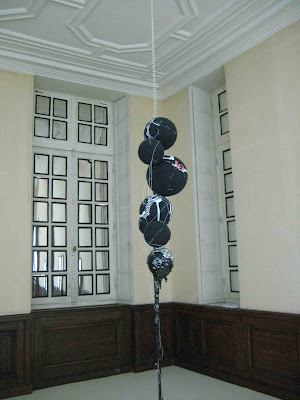 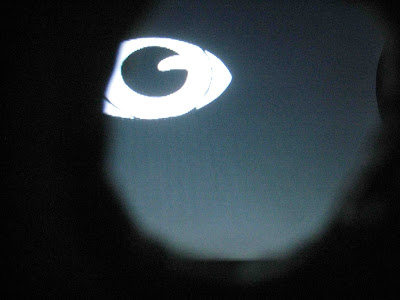 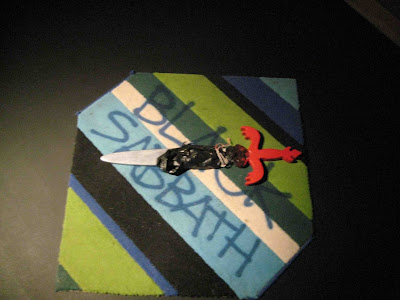 Back in June FBC! went to see only one show in France, Legende at the Domaine de Chamarande, about 30 minutes from Paris by train. I fully intended to write a review, as the show was very, very good, but I had an unexpected guest right after I came back to LA and while tidying up I've misplaced the copious heap of notes I had taken (along with my copy of Roberto Bolano's The Savage Detectives, hereby explaining why I never finished to read it). I'm a bit too busy with writing the novel now, so I won't do any archaeological digs to retrieve them before a couple of months. When I find them again I'll post a write-up, I promise.
Meanwhile I've decided to post some pictures from the show, and we can play the game "name that artist!". If you find right, you're entitled to a drink with Alexis Vaillant, the curator of the show. He doesn't know it yet, mind you, but I'm sure you'll enjoy the meeting. He's France's best living curator.
You just have to know Legende is a very atmospheric show, held in a Louis XIV castle, with funny and intriguing yet un-spectacular artworks (in the sense that nothing is in-your-face- too big), almost all of them made with humble material (we'd say derisoire in French but there is no English translation). Minimum preciosity = maximum effect. There are more than 100 works in the show including LA wunderkinds Jason Meadows, Chris Lipomi and Pae White.
Enjoy looking at the pix, and if you are in France or going there you have 1 more month to see the show, it ends on September 28.
Posted by Frenchy but Chic! at 3:53 PM