What To Read This Summer - FBC! On Art Strike 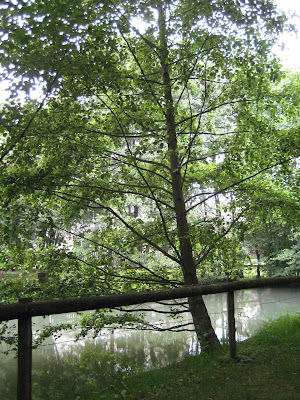 Sorry there were no post last week, I've been frantically trying to write as much as I could before cleaning up my place from floor to ceiling and packing up . Because tomorrow I'm leaving you for about 10 days!
Yours truly is leaving for a magical place where there's no cell phone reception, no TV, no Internet, the only radio station you can catch broadcasts classical music and the weather forecast, and there's no newspaper to be found. On the other hand you can be asked perforce to join a hillbilly and his two retarded sons shop at Walmart, there's a Christian cult nearby whose creed involves restoring Corvairs (I kid you not, they all drive Corvairs), and at the local county fair you can witness elephant lesbian porn. The perfect place to write a novel, I'm telling you. That way, is there's some other gruesome beheading happening somewhere, at least I won't know about it. That was a horrible week, folks, please avoid boarding buses in Canada and vacationing on Greek islands, OK? I feel suddenly safer in gun-crazy America.

Meanwhile I've thought about you, my dear beloved readership, what are you going to do without my fascinating prose to read? Why, you're going to take a break from art! Come to think of it, it's becoming ridiculous how art has become your one and only social life, no?
[That is, I'll allow you one last dash to the SMMOA see the amazing Puppet Show, as it's closing this Saturday, hurry, hurry! Bruce Nauman, Mike Kelley with a rare piece, FBC! fave Michael Smith with Doug Skinner, William Kentridge, Dennis Oppenheim, ...awesome!]
So what else beside art can you do this Summer?
The movies? I'm sure by now you've all seen Dark Knight (I haven't, 2h.30 is way too long for my French self to be locked up in a dark room with a few hundred strangers, I'll wait for the DVD release). Long walks on the beach holding hands? You've spent too much time on match.com, I fear.
With the recession, the only thing you can enjoy is a bit of a staycation with a few good books. But it's summer, so nothing too taxing.

So I've turned to my Distinguished Literary Correspondent (Hi Mike! Thanks again!) and asked his advice about a few summer reads selected only for you, my devoted readers. Isn't life beautiful? My DLC gave me his picks at a very short notice and on the top of his head (and he's gigantically tall, so the top of his head is above the K2, I'm telling ya). I'm sure if I had given him more time he would have sent me a super long list. Because this guy, he has read all the books there are to be read, and then some more.
So Mike sent me 3 choices, and I happen to have read none of them, so it's pretty cool (I'm really intrigued by his last pick, actually). I'm listing them in the order he sent, but I don't think there is a hierarchy. I'm leaving his comments too, as well as mine: I've been unable so far to read a book by someone named Tartt, but if Mike says so, I think I'll try.


And now FBC!'s own summer favorites:

1. Marcel Proust, A La Recherche du Temps Perdu (in French, please!). Because, you need *an entire summer* to read the whole thing, no less. And because there's everything in La Recherche: social climbing, desperate love, jealousy, literary and artistic ambitions, socialites, betrayal, obsession, depravity, some really cool parodies (at the very end there's one of the Goncourt Brothers' Journal, to die for), food, war, gay sex (well, the sex scenes and the depravity in La Recherche are pretty lame by today's standards I must say), lost illusions, and the triumph of mediocrity. Pretty trashy too, come to think of it.
2. Jean-Baptiste Botul, Métaphysique du mou. Botul was a French philosopher of oral tradition whose notes have been recently collected in a few small books, most recently Immanuel Kant's Sexual Life. He's also the inventor of wheeled luggage. His life and writings are a little bit of a hoax, and a cross between the OuLiPo tradition and whatever you want to invent about Maurice Blanchot. But whoever writes his stuff, it's hilariously funny, and short.
3. Bartlett's Rotget's Thesaurus. Because I'm reading it this summer, and it's fascinating if you have deep nerdy tendencies. I'm deriving a strong pleasure from the way words are categorized in that thing. I'm sure if you bring this at the beach you'll be able to describe the various hunks and sex bombs in a much more sophisticated way!


With that you're armed for a summer of debauchery, margaritas, sunburn and mosquito bites that should give you ample rest before the November election. Speaking of which, you guys have been awfully bad at finding art VPs for the candidates in our last polls. One last day to vote, come on!

PS: I know, the picture is irrelevant, but I'm lazy, ditto for linking the books. I'm sure you're smart enough to look them up on amazon.com yourself.