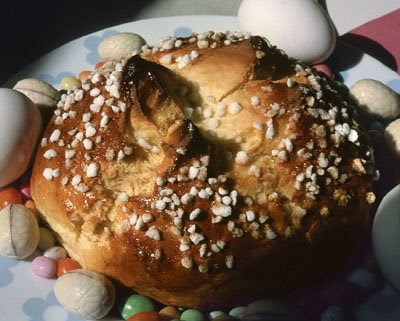 It's time for me to confess. No, I haven't been caught in a political sex scandal, besides I aim for Daniel Craig, not for a cheap boy-toy for rent. I haven't knowingly bought and sold looted art either, nor have I divorced ugly. I never screwed any French presidents, and at the rate they are going it will probably never happen. I like my men smart and educated with a great sense of humor. I can do ugly but not vulgar (nor egomaniac and paranoid, while I'm at it).

So what is it are you asking, my dear devoted readers, that Frenchy has to disclose? Well, nothing too shocking I guess. In addition to my little bro, I also happen to have a sister. The slightly original thing is she's my identical twin, something that happens to roughly 125 million people the world over, so get over your sense of awe, it's pretty common. To get it out of the way: yes, we look exactly the same and we have the same voice. No, we do not get sick at the same time nor are we telepathically communicating, or whatever voodoo beliefs you may entertain.
Anyway, there are a few things we share: migraines, we both love reading, we sing badly (so does our brother), we cook and we blog.
My sister is actually the great cook in the family. She has 2 cooking and pastry chef professional degrees, but even waaaaay before getting those she would ask for a Kenwood robot mixer for her 12th birthday, and a marble slab to make candy when she was 8. She even started her own cooking school a few years back, but exchanged that recently for the security of a real paycheck. When we were little I didn't really cook because she took up all the space in the family kitchen, so much so that I finally moved to Los Angeles to finally be able to cook (not for the art scene, really)!


Last time I saw her at Christmas we were speaking about culinary blogs, and I was voicing my frustration at several of the best-known ones, like Chocolate and Zucchini: the prose is refreshing, but the 4 recipes I've tried were resounding flops. There's also a French one I find unbearable called Mercotte, by a snobbish, loaded and condescending matron whose recipes call for impossible-to-find expensive ingredients and revolve only around a) macarons and b) verrines (layered various food stuff in glasses). She is also using "professional" (i.e. jargonish) terms that a lay person doesn't know. If you're fluent in French, have a look, it reeks of so much bourgeois condescension you'll instantly understand the class issues and endemic riots in my native land.
If you look closely at most culinary blogs, they also tend to reproduce each others: you'll see the same chocolate cakes over and over, the same ingredients fads (Tonka bean, Pandan extract, pistachio paste) etc. So, according to my sister, I must have said something like: "I don't see why you don't start your own blog since you're sooooo much better than most stuff out there", and voila, here it is!
It's all in French, so you guys can practice your language skills, the recipes are all tried and true, and unlike my own blog it looks clear, neat and practical to navigate.
Enjoy, and say hi to my elder ( by 10 minutes) sister!

I stole the picture from her blog: it's an Easter cake made by people from Spaniards-In-North-Africa descent, like my sister and I, called "La Mouna". I'm making 4 of these for the weekend.
Posted by Frenchy but Chic! at 12:47 PM

Email ThisBlogThis!Share to TwitterShare to FacebookShare to Pinterest
Labels: all in the family, culinary blogs, la Cucinera Loca