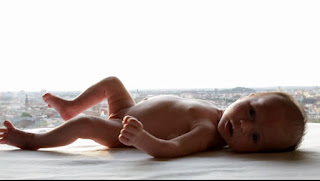 Dear readership (all 78 of you,  and your friends,  and your extended family,  and your acquaintances, and your colleagues),

This post is only tangentially art-related, nevertheless, I feel it's more important than all the art one could possibly want to see and discuss in one's life. Please take the time to read it, and if it moves you somehow, please pass it around. I'm trying to help my friend's child.

I normally don't relay this kind of appeal, if only because I never know whether it's a scam or not. In that particular case, I happen to know the person who wrote it, and I can personally vouch for her, her honesty, her despair, and her will to do anything she can to save her daughter.
I've met Joanna Rajkowska - a very fine Polish artist - when working on a show in Luxembourg, about a decade ago. Joanna was fun to be around, very dedicated to her work, and a great source of information regarding Poland in general and the Polish art scene more particularly. At some point after this show, she did a big public art project where she wanted to bring in the tropics, exoticism and much more to Poland, so she went and brought a giant artificial palm tree (a real one couldn't have withstood the harsh Polish winters) in the center of Krakow. It was wildly popular, so successful that the local authorities tried to keep it permanent. She researched artificial palm trees very seriously, and stayed with me in Paris a couple of times to go and see the one and only examples in Continental Europe at the time, at Disneyland Paris - where she discovered they were kept indoors and in the dark!
We kept in touch  throughout the years and I checked her website from time to time to see what she was doing, wishing that maybe one day we could work on something together. A few months ago, I was overjoyed to learn that she had given birth to a daughter, Rosa.

Unfortunately, I learned this week, via Facebook, that Rosa who's only 9 months old got eye cancer. She may lose her eyesight and for all I know she might also lose her life.  I'm pasting below the translation of the first Polish message Joanna put on her page asking for help. Please read it, and if you're touched by it, do whatever you think could help her and her daughter.
There's an appeal for money, as the treatment Rosa could get in London  after she finishes chemo reaches 20,000 GBP.
Joanna is an artist and is as broke as you and me, so any tiny bit of something you could contribute could help. As such, Joanna also knows that most of the people around her are most certainly  poor, unemployed, or unable to contribute monies for any reason. She doesn't expect you to reach for the moon for her, but any tiny gesture, any transmission of her appeal to other people would go a long way.

What you can do, if you can't donate anything financial, is donate your time and energy: you can repost this in the hope someone else you know or even don't know could give money, expertise, time, connections. You may have an old friend from college who became a world expert in pediatric eye cancer who could help and steer Joanna toward the best type of treatment. You might have a cousin fifth times removed who knows some philanthropic institution that specifically helps families dealing with child cancer. You may know a collector or foundation that would enjoy Joanna's work and buy some of it preemptively so as to cover at least part of the expenses for Rosa's treatment. Whoever you may know might be able to help, just by passing around Joanna's appeal for Rosa.

Please read Joanna's appeal, and try to help her. Thank you so very much for Joanna and for Rosa.

Dear,
I'm not a Facebook person, but this time I decided to write to you using the power of Facebook.
Our 9-month-old daughter, Rosa, has tumors in both eyes - this is eye cancer, retinoblastoma.
For now, we live in the belief that after six cycles of chemotherapy Rosa will undergo a lasetherapy or radiotherapy possibly in London. We were referred there by the Children Institute Memorial Hospital in Warsaw, so we trust them.

Rosa has an account at the Foundation To Live.
If by some miracle, tumors disappear from her eyes after chemotherapy, which is almost impossible, the money will go to another kid in the Foundation.
We'll find out everything on 18th/19th April, when the ophthalmologists in Warsaw and in London will examine her once again, after the second chemo.
Write to me please if you know any secrets or other important matters relating to children's eye cancer. We want to save her. 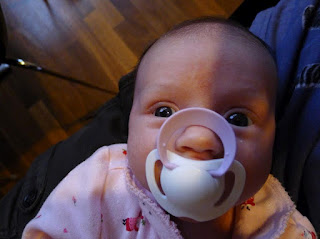