A Japanese Kink That Isn't So Kinky In CC 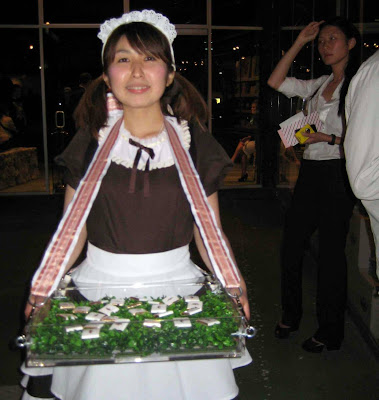 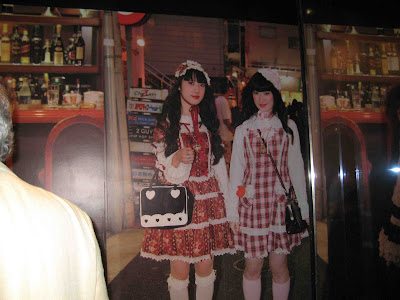 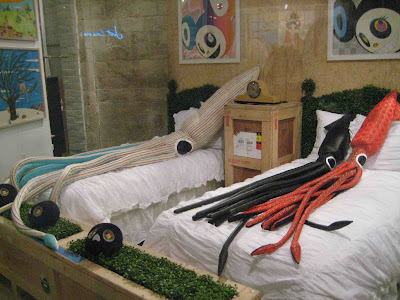 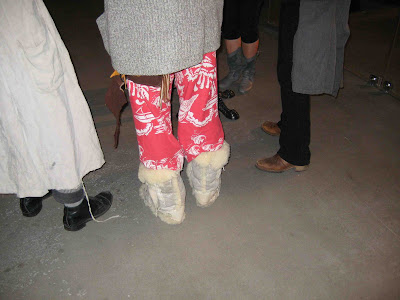 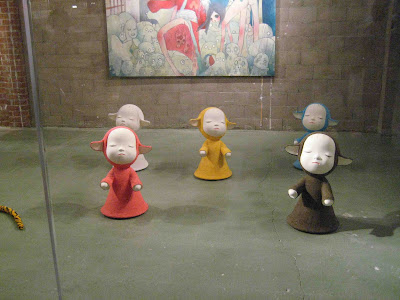 I'm back and over the stomach flu, and ready to show you a few more LA-related thingies.
First of all, a few weeks ago was the kick-off/launch/premiere/debut of Los Angeles Art Weekend, an attempt to de-provincialize the inner provincials inside all of us LA art people (I mean, not me: the other LA art people! I'm Frenchy! But Chic! and as such a well-traveled femme du monde, non mais alors!).

In a nutshell, for all the non-US art lovers everywhere: you would be surprised at how crass is the ignorance of the US art media/critics/curators/collectors regarding the high quality of art produced in LA.
At fault, the LA institutions, US newspapers (hello LAT and NYT!), and the local absence of generous art donors, despite California being home to the largest number of millionaires in America. It's mind-boggling, for example, to see Miami outdoing LA with the art fairs and local art foundations. When was the last time you heard of a great Miami art school, artist, publication, etc? Exactly. Also, in case you live on planet Skyron in the galaxy of Andromeda (and in that case, you're a medieval pudding) and haven't noticed, there is another cultural industry in this town that pretty much recycles its own money unto itself, without sharing crumbs with us. So we have to make do, being a world-class art city without the means to fund it properly.

So to try to attract the attention of Los Angeles people on the local art scene, Los Angeles Art Weekend was implemented, I don't know exactly by who, but had the misfortune of happening on a weekend when, er, not that much was happening here. I suppose that's why they mixed in a few fashion boutique launches with the art stuff (it's very charitable of me to think so, no?) as well as the super-hyped-trendy-filled-to-the-brim-with-overdressed-Hollywood-types-wannabes Grand Opening of Royal T, otherwise known as the "Japanese Maid Cafe". I know, it sounds like some mid-1990s porn anime concept. Come to think of it, it's probably it!
But toned down for prudish US audience, I suppose, and that's the reason why it quite doesn't come off as that interesting or fun.

In an intrepid spirit of curiosity, and wanting to earn my very own credentials as a "citizen-journalist" (that's the fancy name given to bloggers who fart higher than their asses, it seems), I went, accompanied with a very talented painter (Hi Ivan!), also because I wanted to take Mam'zelle VaVaVoom on her first outing. Also someone had already RSVPed for me and I think in total I have been RSVPed 3 or 4 times, so I had to go, right? It would have been rude not to.

There was an exhibition of Japanese art with the usual suspects (Nara, Murakami, Kusama, etc) enclosed behind what looked like bullet-proof walls. Cute! Taken from a private collection, nothing really original about it but the Kusama is stunning and well-worth the schlepp, IMHO. I couldn't get a good picture of it, sorry, so you have to go see it.
There was a DJ playing French retro-Pop (Jacques Dutronc), cocktails with watermelon and vodka (really good), green tea, and coffee dirty Martinis (a concept that makes me sick just thinking of it, actually).
Lots of Japanese fashion-victims, -istas and -istos, but also plenty of men who looked too precisely dressed to be straight but with too much details overkill to be gay either. Like they would be singers of ironic bands straight outta Trustfundville, listening to the Wallflowers and the White Stripes with a dash of Franz Ferdinand here and there, but with a Williamsburg twist. In short, non date-able if you are over 22, but fun to observe otherwise.

The Japanese maids themselves weren't particularly sexy, or kinky. I was sorta expecting an upscale, artsy-fartsy version of Hooters, but the French maid outfit wasn't particularly flattering in any regards. Being a straight woman I guess I'm disqualified to judge whether they were sexy or not, but a poll of a few males sampled or overhead at the event seemed to confirm that inkling.
They were simply waitresses freely distributing badges, Japanese crackers, chocolate napolitains (emblazoned with a heraldically incorrect earl crown, not a royal one) and a bunch of extremely delicate and flavorful appetizers. I must say, the food was really, really good, and it seems prepared in the Royal T kitchen by the same team that will run it, not an outside catering company. Having lead the glamorous life in a previous incarnation, I've had my fair share of finger food here and there, and Royal T's was by far vastly superior to most of everything I've ever sampled anywhere.

Would I go back there? Well, not for the art, obviously, and I don't really care for the CosPlay thing. But I'd definitively stop there for lunch or drinks in between gallery hopping in the area, if only to see how it looks like once the hype of the opening had died down. Just to see if it looks hip, of just sad.
Posted by Frenchy but Chic! at 4:36 PM