FBC Goes To An Opening! 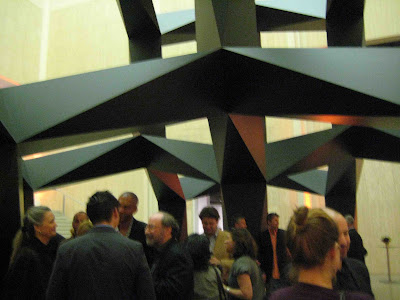 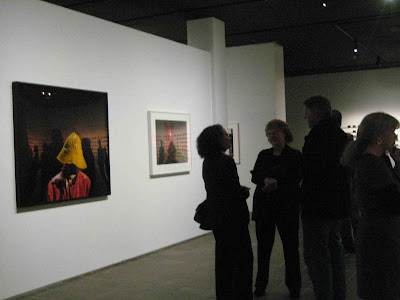 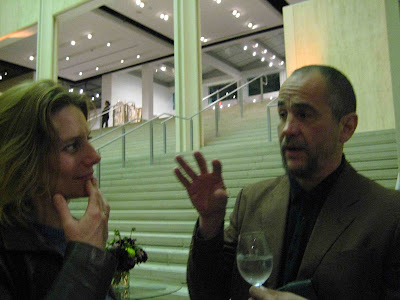 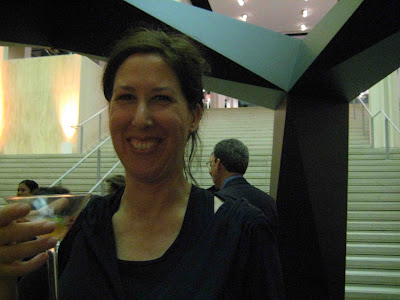 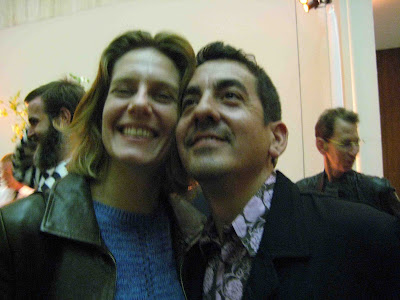 Last Thursday FBC! was graciously invited by her pals from the LACMA Photo Dept. to the opening of Phlip-Lorca di Corcia. Having see one of his retrospectives before, as well as the "Pole Dancers" series in Paris, I was curious to go see the "One Thousand" series of Polaroids. And I'm glad I went, in the company of gal pal and LA Art Girls member Nancy Popp. Not only because Nancy is always lovely, but also because, as a photographer, she could ask all the right questions to the artist himself about the various Polaroid cameras he's been using.
The series in the show, save for the aforementioned "One Thousand" are rather incomplete, and mixed up instead of being installed separately. Which FBC didn't like that much, but as Nancy pointed out, the work is so strong that the effect is not diluted by having the pictures mixed together. There was my favorite shot from the "Heads" series , depicted below - once again, after being told it was OK to take pictures without flash, I was told by a guard within 5 seconds that photographies were not allowed. So most of the pix are from the opening.
But the highlight of the show was definitively the Polaroid series. It's beautifully installed on wall racks, unframed, looking vulnerable and unprotected without any plexi to cover them.
They are gorgeous to look at, and underscore how much diCorcia is gifted at framing, shooting from low angles, and mastering composition. The series spans a couple decades (maybe more, but I don't have the press release or anything to rely on), and presents anything within classical categories such as landscape, portraits, etc.
It's in the Ahmanson building, proving was again that everything that's good to see at LACMA is located on the East side. The opening was set up in the atrium, under the Tony Smith-that-is-a-posthumous-reconstitution, which was really cool. In addition to the artist, FBC! also met with Ken Gonzalez-Day, whose work in the Phantom Sightings show is so exquisitely beautiful it's almost painful. We were both rather tipsy and exchanged grandiose plans to take over next year CAA's conference, complete with booze parties at the Bonaventure and orgies for sex-deprived scholars at the Getty Villa. All in all, it was fun!
Other guests included Darcy Huebler, and I'm taking the opportunity to say hi here as we kept on missing talking to each other during the opening, various LACMA curators, including Rita Gonzalez, and of course Charlotte Cotton, Eve Schillo and Alex Klein.
Posted by Frenchy but Chic! at 8:06 PM