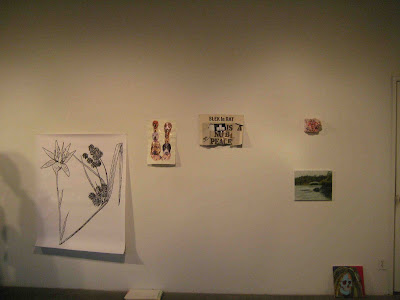 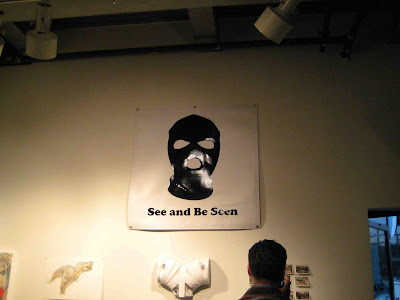 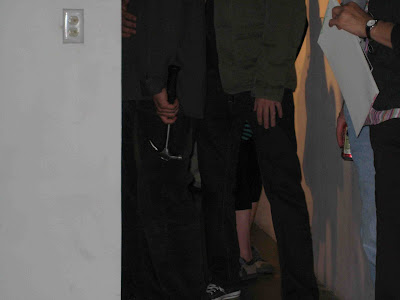 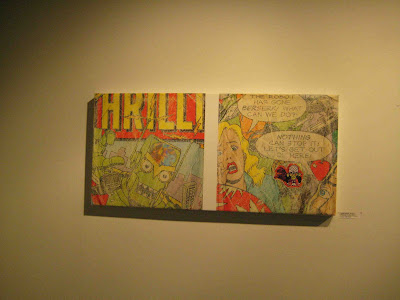 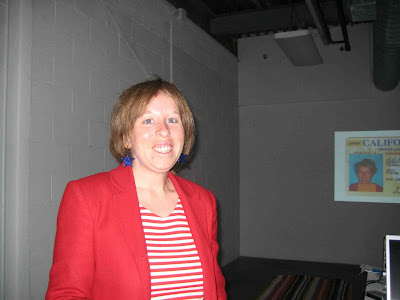 In French, "la der des der" means "la derniere des dernieres", an expression initially applied to WWI in a futile attempt, you know, to wage the war to end all wars. I didn't quite work the way it was intended, and now the sentence is used mostly when you play cards and want to end the game with the last run, or when something folds.
Sadly, Raid Projects at the Brewery in Downtown LA is closing its exhibition space after 10 years, and initiated an "artwork swap" to celebrate the last of the last of the end of the end, and added a lecture by artist Julie Lequin in a side room. It was a presentation rather than a performance, and unfortunately the sound was partially drowned by the loud buzz of the opening attendees, but still a bunch of fun!
Pictures above.
Posted by Frenchy but Chic! at 5:24 PM