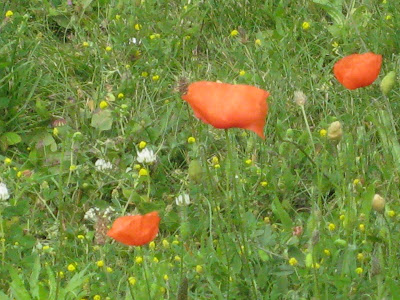 Summertime la la la la la... it's hot outside, we're feeling lazy, the artworld frenzy sucks, and we're hoping that when the recession starts to be fully felt there will be an art market crash, so the serious artists can be finally focused on. In passing, for those of you who have wondered why it hadn't happened yet, remember each time there's a stock market crash or a recession, the art market follows suit one to two years later, when all the investors who bought art start enduring too many losses elsewhere, need liquidity and start to try cashing in their quadruple-time (and many more) flipped masterpieces and go on inundating auction houses with their stock.

Anyway, it's not what you want to think about during Summer dear beloved FBC! readers.
I've decided first of all to come up with another idiotic poll: what LA museum has the best air-conditioning system to take refuge in during heatwaves? If this poll is successful next one would be open to international readers suggestion (FBC! spent the 2003 heatwave in Paris buried inside the Islamic Art department on the bench overlooking a magnificent Persian rug. I recommend it wholeheartedly).

What else do you need to occupy your Summer with? I suggest you reflect on the life and work of Senator Jessie Helms who blessedly left this Earth this weekend to pollute and contaminate Hell with his bigoted rhetoric. I know, we're not supposed to rejoice when people die. But hey, it's Jesse Helms! I suggest you read the vulgar prose recorded for posterity in Congressional Record, Washington DC, 18 May 1989, vol. 135, no. 64 (you cannot find it online). That the one where he refers to Andres Serrano as "a jerk" and "a bird" so if a Senator can address Congress and the President in such choice terms, I guess I can feel entitled to my own free speech and refer to the late Senator as "that old fascist asshole".

What else should you do this Summer? If you're in LA have a meal at Anisette, the new French brasserie that opened in Santa Monica recently. Review to come soon!
You can also read books, such as Artists Estates, Reputations In Trust. It's very instructive, first as a view into many art-historically half-forgotten secondary figures (Ferren, Ossorio for example) and also, for all artists alive, it's full of helpful tips and suggestions about what to do with their works after their passing. The US tax system is pretty horrible for visual artists, far more than it could be for a writer or musician for example, and the book is very good at explaining the pitfalls of trusts versus foundations versus wills versus no planning, depending on the degree of notoriety the artists has achieved. For each artist there's a small bio as well as the bios of the people running their estate.
I'm glad it also help make the record straights concerning artist widows. No they are not all greedy monsters here to deprive the art market, curators, collectors and youngish illuminated romantic artists of their perceived birthright as lovers of the artist works. They are family members who suffered in silence their spouses whims, irascible tempers, infidelity and such like to be subsequently whacked by enormous estate taxes, trying to figure out expensive inventories and catalogues raisonnes to be made while Uncle Sam took all the cash available that could have been used for the task. I don't envy any artist widow's task, let me tell you.

Now if you want some beautiful but less taxing reading, I'd recommend Tove Jansson's The Summer Book. Tove Jansson was the creator of the immortal Moomintroll series, a personal favorite of FBC! The Summer Book isn't a children book, but a delightful piece of poetry in prose where nothing much happen except some subdued, unspoken pain that provides the backbone to a slow ode to passing time. Beautiful.

Then you can trek to Altadena and get a gelato at Bulgarini (try the pistachio flavor) or go to La Maison du Pain on Pico and Ridgeley for a macaron to accompany your espresso. While doing so you can muse on the bizarre pairing of High Energy Construct and Solway Jones and their new gallery opening in Chinatown in September. The announcement for their first group show pairs established blue chip artworks by dead artists (probably some works on paper) with youngish artists for whom it may be their one and only ever proximity with Marcel Duchamp in print. It doesn't sound too promising nor interesting if you ask me. Like drinking hot chocolate while eating Roquefort cheese. It's likely FBC! will be somewhere else on that evening but I'm not even curious to go see that show.

Anyway check this space for more Summer stuff, er, like this Summer?
Posted by Frenchy but Chic! at 5:08 PM