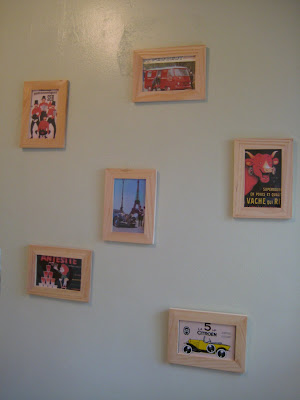 I don't know about you, but today's news have been horribly depressing, with the suicide bombings in Pakistan, the precipitated decline of the economy (stock market down, etc. etc.) the incomprehensible Ellen de Generes/doggy drama (my Euro friends, don't try to understand that one, please stay safely focused on the Sarko-split) and to make you shudder even more there's an imminent release of a new Celine Dion album (I kid you not, dear reader, prepare the fallout shelter!).

So, in need of zen-like distraction I gazed on the NYT front page yesterday and stumbled upon this.
Oh. My. God. Can taste be taught? Can class distinctions be taught? You bet they can! They are! Because, you know, taste is pretty much what this is all about: class distinctions. No need to read the entire Bourdieu oeuvre to ascertain it. It's a bit of shocker for a supposedly classless society, I know (let me reassure you: it's way worse in France and I'm not even speaking about England).
Anyway, it was mildly funny to read that article, as the taste of the decorator the writer was referring to seems very "United Arab Emirates-circa 1970s-less the gold and diamonds" to me, but with that typical American fear of bright colors added, something I associate with Pottery Barn, West Elm and other Crate and Barrel home decors. You know, as in good taste dark green (in French that color's precise tone is described as caca d'oie, goose shit, and it is generally associated with the military), good taste burgundy which, after the incomprehensible success of that pretentious movie Sideways should be renamed "Pinot Noir", the boring omnipresent plush beige carpets, the dark brown , sorry I meant good taste chocolate furniture, and above all the massiveness of said furniture.
On the other end of the spectrum there's also the designated, mid-century Modern, good taste: spare, bright, spacious with some retro would-be-ironical details scattered here and there, to mingle with Eames-era, Hermann Miller, Danish furniture (dovetails! dovetails everywhere!).

In between, for the rest of us, the underpaid, over-educated Trader Joes' grocery shopping cultural workers, there's IKEA (thanks the Swedes for their fabrics!) and thrift stores.

I've always been fascinated by the reality shows on HGTV where some staple guns-totting, cheap IKEA frames-brandishing decorators/designers invade some hapless normal people's territory, SWAT-style, and redo their space in a way that's often totally atrocious. Furniture disposed in unpractical! but! dramatic! angles!
I always thought these shows should be called Home Invasions and should feature some John Carpenter or early Sam Raimi-style stories. Like the designers shoving down a pail of *Pinot Noir* paint down the throat of the owner of the house, the woman who stated at the beginning they could do anything but use *Burgundy* color as she hated it. And found her entire living room painted and decorated some shades of Volnay, after the designer decided to make her "like that Pommard color, it is not exactly *Burgundy* after all".

I've attempted a HGTV-style thing in my own bathroom to try to make it more bathroom-y (one can always hope) by hanging cheapo super-stereotypical Frenchy postcards in even more cheapo IKEA frames, in a very gracious "star"/clockwise movement that should land me my 5 seconds of fame on the said network.
Pictured above. Boring, no? Bland, seen a zillion times, but I haven't found enough classical Greek art reproductions to enliven my wall. I can't find a Duchamp readymade repro that's big enough, sadly.

To go back to my topic, I'm always been flabbergasted by how uncomfortable people can be with their own taste and how they fear others are going to judge them on, say, the shape of their sideboard or the choice of the posters they tack on their walls. The result is everyone (that is, everyone who has enough money to seemingly care and show off) is following one designated model, without really expressing themselves.
America, Land of the Free, Home of the Conformists.
Not that the French fare any better, mind you, our bourgeois models are just a tiny bit less dark in tones, but full of white drapes/muslin/Louis XV antiques or at least the Plexiglas Philippe Stark take on them, but they are still very bourgeois. The French disease, in a way, is too much good taste, it's killing us slowly with some 7th arrondissement *appartements bourgeois*, understated (always, always understated) antiques tastefully mixed in with a couple pieces found at Sentou, but no color please, we're French. No beige, but white and whitish gray are welcome, though if we have to add a touch of class maybe a bit of blue would be alright, and we like la récup.

It's a bit sad because as I was saying above, in both countries it's all about class distinctions, not about being comfortable in our own shells, and at least here in America, the super-rich are not necessarily possessed of good taste themselves, if there's such a thing anyway. Any of the fundraisers (yes, you, you know who you are) who read me know how boring the houses of the super-rich are. Because they have bigger houses they need bigger/more spectacular stuff in it and it becomes quickly *spectacularly* overwhelming.
A couple Barcelona chairs around (hey, me too I can pull a Noah Charney if I want to!), a Donald Judd stack in a corner, some beige-y shag rug on the floor, and voilà, your Palm Springs second home, complete with a gigantic Roy Lichtenstein somewhere, please no books around, those are messy, maybe some non-threatening Jorge Pardo furniture by the swimming pool and if I want to be VERY daring maybe one Andrea Gursky photo somewhere.


Why is it so complicated to be ourselves? Is it so important what our neighbors are going to think about our place? I'm pretty sure mine would recoil with horror if they were to set foot in here (maybe I should just show them the bathroom?).
I know my own Mom would have that look of stricken consternation on her face she ordinarily reserves to the announcement of national disasters.
My cat seems to like it, luckily, except maybe the couch she's been attacking savagely, but so far she seems OK.

Anyway, art history (yes! what a subtle transition! I'm so proud of myself!) and more accurately historiography of the discipline really has shown that the dominant taste of one period will determine what will end up in the museums, with geographical variations, but that the present dominant taste will also determine changes in the way historical art is perceived. There's the classical story of Vermeer, not being as famous as Van Dyck or Rubens in his own time but now more widely acclaimed, or Georges de La Tour who was so totally forgotten after his death that until the early 20th century his work was confused with Velazquez's. Which explains why some things end up in storage for too long, or why there are some deaccession blunders.

More recently, we can go and look at the way MoMA shaped the taste of this country in terms of modern and contemporary art, and how it is far and large still a very New York-centric story that is told in most large contemporary art private collections all over, and even in West Coast museums. When they stop importing NY curators and directors is when art history will be told in a more interesting context here in LA.
It is to the credit of artists like Mike Kelley, Jim Shaw, Paul McCarthy, Raymond Pettibon, Jeff Koons, Cindy Sherman, Cady Noland et alii that they have introduced bad taste in contemporary art, not so much in the guise of mass-media visual stereotypes but rather by using vernacular culture tropes.
And by showing how these are often the ONLY type of art found in most of this country. They came early and sometimes had to struggle to show they were not romanticizing vernacular culture either, and sometimes they literally had to mimic high culture displays (I'm thinking Haim Steinbach here) to get the message across.
But did it really get across? Most of the artists quoted above (with the exception of Jeff Koons) were not big market contenders in the 1980s when they started showing, but exploded during the market depressions of the 1990s. However they succeeded in Europe first (most notably Germany), before being finally spectacularly co-opted on the market at very recent auctions.

Did the taste of money make these artists in the first place? With the exception of Koons, no, and in the case of Koons it could be argued he strong-armed his art on the money/market/dominant taste of the 1980s.
They made themselves in the first place, by NOT trying to fit in what was then the dominant taste of the market (crappy painters of the 00s, look at crappy painters of the 1980s to have a look at your future). Eventually, they succeeded to the extent that when Artforum did 2 special issues on the 1980s, no crappy painter of the era was in, but all the others (and Robert Gober and Bertrand Lavier and Barbara Kruger, Louise Lawler, etc.) were in.
We've just witnessed the erasing of 1980s the market craze in contemporary art history (and horrendously expensive storage space crowded with duds of the era)*.

So, all in all, dear readers, feel comfortable in your own skins and enjoy the cosiness, over-the-topness, spare emtyness, warm messiness of your own home, your own taste, and feel happy. I believe that's what Duchamp was referring to when he said he wasn't interested in good or bad taste but in the absence of taste.
You would hate to live in the house of Saatchi anyway, regardless of the excellence of Nigella cooking. Plus, she lets her hair hang in the sauce, eeeeeewwwwwwwwww.


*there's much about the market, etc. on Tyler Green's MAN and his comments about Jerry Saltz (whom I always found overrated as a critic but he's a nice guy), but since this blog isn't about instant reactiveness and the going on on the artworld, I'll let you read it on our own.
Posted by Frenchy but Chic! at 10:11 PM