No Psychic But Chic! 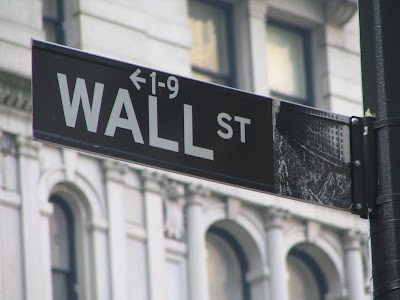 This blog was started for no good reason at all but to fend off boredom, after sustaining some non-life-threatening but nevertheless painful injuries in a car accident. It's been growing up nicely, thanks to my nice core of faithful readers, and it is now expanding in a weird way. I mean, as an art writer I'm used to nobody ever reading my catalogue essays and so forth, so it's puzzling to see the response I get from my slightly non copy-edited, wholly un-researched but always totally whimsical statements.
It's all the more mind-boggling to me, since I'm trying not to be too reactive to the art actuality, hence the food, books and other type of posts on FBC! Also, let's face it, the artworld is a pretty boring place to be most of the time.

So much of the so-called art information mill is artificial and unnecessary. If any one of you has ever done research in old issues of Arts Magazine (remember Arts Mag?), Art in America, Artforum or even Art News*, just think for a minute about the gossip pages of 20 years ago. Or even 5 years ago.
How many of those urgently important snippets of info do you remember now?
So-and-so jumped ship to join newish brash art gallery! Nerdy curator quoted on the number of new museums being build! Many US museums looking for directors! The market is out of control!

I'm pretty certain roughly 70% of the names quoted then are forgotten now, and many of the events listed don't make any sense at all. I understand the necessity of stirring the soup for some people to feel they exist, and I find it very sad, but if we look back at these old magazines, what do we see? So-and-so has disappeared entirely from the scene, newish brash art gallery has gone bankrupt (with drug addict director disappearing abroad with the most valuable assets from the stock), nerdy curator has joined Academia, new museums have been build (or not), market stars from yesterday are, well, duds now. Or they have become film directors to get respect.

I'm also pretty certain that most of today's brouhaha is going to join that same cohort. So when I see that kind of headline, I'm wondering how short the memory of art journalists is. I'm not going to shoot the ambulance, first of all because Tyler Green spends a fair amount of time deriding Carol Vogel, and secondly because I think the NYT at large needs a good shake-up, not only the arts section.
I just want to remind our very own Cultural Industry what every one over 30 should know: each time there's a recession coming up, the art market crash follows 6 to 12 months later. Remember the late 1980s? Or the dotcom crash? After the 1980s the market took almost a decade to recover, with galleries closing one after another, art magazines folding for lack of advertising revenue, museums being unable to raise money to expand, and artists after artists, writers and curators leaving the scene completely. The recovery from the dotcom crash was much faster but they were casualties nonetheless.

Usually, when the markets start to underperform or slide completely, whatever money that's still available finds refuge in the art market for a few months. And then, after some extended period when Wall Street's electroencephalogram seems to go totally flat, the former art buyers need liquidities, go sell their stuff at auction and discover that estimates are now really, really low and the masterpiece that was flipped 7 times over during high tide is suddenly bough in.

Now, I'm no Nostradamus, merely Frenchy but chic! So I cannot foresee what's going to happen, but I've never seen a bull market growing exponentially forever when there's an unmistakable smell of recession in the air. Wild swings in the stock market, gold shooting through the roof, oil ditto, massive losses in the credit industry, etc. don't bode too well for our future.
I'm waiting for the moment when the same art dealers and other art people who were bragging about how the market was never going to crash are going to rejoice because, finally, we are only between ourselves. Let's be optimistic, maybe then someone is going to care about the art, after all.

The picture above is by Ramy Majouji, licensed under Creative Commons.


*For my growing non-art readership, Art News is more or less the equivalent of People for the art world. Risible.
Posted by Frenchy but Chic! at 3:53 PM

Email ThisBlogThis!Share to TwitterShare to FacebookShare to Pinterest
Labels: Frenchy But Chic Needs A Hug Today