Reality, This Idiocy, As Displayed on Chowhound and in the LAT 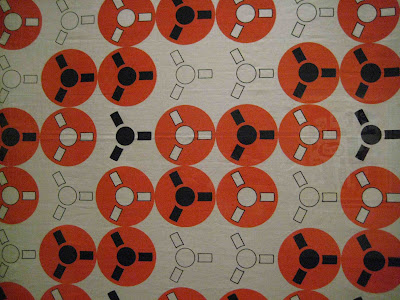 My enlightened readers will have recognized my super-subtle reference to Clement Rosset, the greatest French philosopher alive (yes, it means you can shove Jacques Ranciere and Alain Badiou, where they belong, that is, not on your bookshelves).
For some reason it seems they translated Idocy by "Joyful Cruelty" in English. Don't ask me why, the joys of reading stuff in translation for non -bilingual "French Theory" fiends. The original title is "Le Réel, Traité De L'idiotie" (The Real [reality]: Treaty On Idiocy).
Rosset is outside of that French Theory circle by the way, which explains his lack of international recognition, as its philosophy stems from both Classical Antiquity and Nietszche. There's almost nothing worthwhile in English on Rosset (screw you, wikipedia!) which means, if you know some philosophy major in search of a dissertation topic, let him/her know (s)he has to look no further. Oh, there's also a French tennis player who shares the same name, so if you google him you may find some strange things. Idiocy in Rosset's world comes form the Greek, and means both something that's unique, peculiar, arbitrary and unknowable.


So I thought today I should rant a bit on a couple of things that are idiotic in the other sense of the word (unbearably stupid) but may also be arbitrary and unknowable. Things that also sometimes make me doubt of my own sense of, you know, my grasp on reality.
If you are Proust readers, you probably know that wonderful moment at the end of La Recherche when The Narrator reads the newly published tome of the Goncourt Brother's Journal, their diary. It's the occasion of a dazzling pastiche of the writers Proust abhorred, but also a great existential moment, when The Narrator wonders aloud whether he hasn't been wrong all along, and if all the losers who were frequenting Madame Verdurin's salon were not, in fact th real geniuses of his time? An in that case, wouldn't The Narrator have more than wasted his time by favoring, say, Vinteuil over Brichot? It's a great reflection on taste and the ramifications of social or class backgrounds and relations on the posterity of art.
It's my favorite moment, a passage I feel all art historians, curators, critics and whoever professes to wok in the cultural field should read and have their students and friends read.

In any case, I stumbled over the last few days on a couple of things that initiated that sparkle of self-doubt in my understanding of my fellow human beings. If you know Chowhound, you know it is to Yelp what Facebook is to MySpace. The slightly better-mannered and more refined cousin in a family of dogs obsessed by food. There's a fair share of snobism on Chowhound (they're always Frenchier or Chinese-ier Than Thou) that becomes fairly risible once the conversations devolve on the "authentic". But this review and its accompanying thread rendered me speechless.

Some bloke with a moniker whose French half means both "stain" and "moron" decided to go to Mozza (we get it from the start, said bloke has money, aren't we happy for him), rendered himself slightly obnoxious in his encounters with the staff, which is OK because they are elitists snobs there. But wait! Bloke is also an elitist snob, and wants to show us he does belong indeed to the world of vapid jerks who deserves to eat at Mozza, where it's not depressing to go eat when the world collapses because, you know, we're in between powerful fucktards:

"It feels like mostly native Angelinos and New Yorkers in here, successful, thriving people, probably a lot of them in the entertainment industry. Young, old and in between, but almost everyone has at least a hint of savviness about them."

So if you're: a) from the Midwest, or b) abroad or c) Greenwich, CT and are nor In The Industry and worse sin ever, don't ever have a "hint of savviness" in you (i.e. you're a clueless idiot if you're from Minnesota and you're in the construction business), whoa! Don't go to Mozza!
Fucktard bloke then proceeds to tell us he's also super-adventurous because he eats headcheese, and he's a super-sophisticated eater because his quail is "retarded", you know, it has stuffing in it. And he's so happy to let us know he paid $108 before tax and tip, whoo hoo! No depression for fucktard bloke who thinks he has a sense of humor!

So reading it I'm thinking, wow, that guy is such an asshole, and so proud to display his irritating and ill-mannered comments for all the world to see. For all the street-savvy, recently laid off people who eat their lengua at taco trucks, to gasp at and understand it's this type of attitude, that braggadocio and insufferable sense of self-righteousness, self-importance that leads to catastrophe.
But what made me really, really doubt of my sense of reality (this Idiocy) was the following trail of comments where everyone and all praised the guy for his indecent review.
Have I missed something? Am I the only one to find this idnecent? Is it really fun and OK to brag about oneself and one's spending when homeless people are set on fire and let to die on the street?


And then, there's the train wreck that the LA Times has become. Over the last year or so, after having been purchased by a Giant Garden Gnome, the paper has become a parody of itself, with real journalists being laid off in droves to be replaced by bloggers. Not that I have anything against bloggers, but at the LAT they all seem not to know how to finish an article or to actually put in some information in their writing. I'm not against real estate porn and chihuahuas either, but I'd love to know more about environment issues or how crime's up in LA.
But the thing that irks me the most about the LAT is this idiot guy Jonah Goldberg who, we understand, is a Republican, OK, everyone has a right not to use his/her brain, but this guy cannot write for the life of him, or express any idea worth reading. The GOP is soft on Obama because he's black? Ha, I think Obama is way too soft on McCain because "Joe Six-Pack" is way past his prime, so that would be ageism, and is too nice on "Hockey Mom -cum- Stooge" Palin, because, hey, that would be sexism (Hillary Clinton will appreciate).

But there's another bigger, more stupid guy at the LAT, Joel Stein, who's urging people not to vote because, you know, voting has been debased by reality TV. I suggest someone sends Joel Stein the US Constitution adapted as a graphic history (see below) and remind him that voting isn't about making wisecracks about "expressing one's opinion", it's a right as well as a duty to establish and frame the orientation of the government. For which you pay taxes (I pay taxes in the US, and as a resident and not a citizen I'm not allowed to vote. If you don't want your right, give if to me, thanks). It's also, for those interested in the "leadership" the United States are supposedly showing to the world ("hey ya, let's nationalize banks the way European did in the 1950s, how come all this deregulation thing didn't work?"), a strong message the US voters are sending the planet about how they intend their relations with other countries to be, in what had become a global economy precisely because of the US leadership.

So, Joel Stein, I'm glad you're going to feel free to complain about the next government because you don't vote, but please do us a favor: shut up, stop writing and take an inoffensive job. Like, help the poor, OK? And be nice, take that condescending Steve Lopez with you as well. The homeless need help.

(yes, I am aware the picture above has nothing to do with the topic. It's a fabric currently on display at LACMA).
Posted by Frenchy but Chic! at 3:36 PM

Email ThisBlogThis!Share to TwitterShare to FacebookShare to Pinterest
Labels: Clement Rosset, douchebagds at the LAT, douchebags on Chowhound, Idiocy, Proust