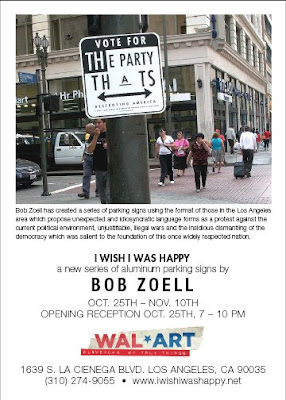 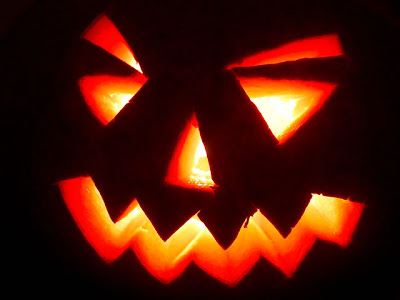 
This issue of YSL is apologetic today because I screwed up a bit last week and forgot to announce a show and I told the organizers was going to announce it. Mea culpa. So last week was the opening of Bob Zoell show at Wal Art, which you should go see fissa (it means "pronto" in French) as it's closing in less than 2 weeks.

Tonight in Chinatown is the opening of LA art veteran and conceptual/post-structuralist/experimental film artist Morgan Fisher at China Art Objects. Close by you can go attend the performance at Cottage Home through Sister Gallery (I don't know how to explain this better, so click on the link to find all the info, thanks!).
If you happen to be in Nice, France, tomorrow evening, don't miss the opening of Acclimatations at the Villa Arson, a group show curated by FBC! gal pal Benedicte Ramade, it's, roughly speaking, a show about how artists react to climate change, and about nature and environment. Unfortunately their website is under re-construction, so the best thing you ca do is download the pdf for the info.

Lastly, on Saturday is the official opening of Prospect 1 in New Orleans, a new Biennial that it is very, very important you should visit, because unlike Miami Beach or London, New Orleans truly needs your tourist money. Since the battering the city has endured with Katrina and the catastrophic handling of the crisis by the Bush government, the city has been in need of funds and political goodwill to get back on its feet. It is still a long way away, and if the art lovers who ordinarily congregate at Biennials, art fairs and such like were to spend their money in New Orleans, they would:
1) see as much good art as elsewhere, and then some more, as the roster of artist is very diverse, unlike, say, the Frieze art fair
2) it wold cost them far less money than traveling to London, and to find accommodation
3) unlike London, they would be certain to eat good food.

You will also get to see the awesome ark constructed by Mark Bradford, and plenty other stuff. The list of artist is your usual mix of famous and trendy youngsters, as well as some older conceptual/documentarist artists, and for once it has a fair quotient of women. Judging from the list there are many politically-oriented artists, but also a fair share of more formalist ones. The artists are from all over the place, so it's pretty certain the visitors of the Biennial will make some discoveries, and learn a lot. In short, there's something for everybody! The website is very practical, by the way, very well-made.
The Biennial is organized/curated by former New Museum curator Dan Cameron.

So, it's all well you're going to say, but what if I cannot travel to New Orleans this very weekend? What should I do if I'm in Los Angeles, after I'm going to Morgan Fisher tonight, and to the performance?
Well, you have plenty of options, but rather than find yourself jonesing for openings because you think you have no social life on your own, go out to dinner and drinks with friends on Saturday evening to support your local economy, and spend the weekend at your friendly neighborhood museums: between the Kippenberger show (and Louise Burgeois) at MoCA, the California Biennial in Orange County, and the Martin Kersels show at the SMMOA you have plenty to see, and let's not forget the Duchamp Redux at the Norton Simon.

And now, special to my friends who always want me to go out and I always say no, because I'm busy at home writing: I'll be on Halloween duty on my front porch tomorrow, with a book and approximatively 7 pounds of candies. Feel free to swing by and say hello, I may even have a bottle of wine somewhere so we give a bad example to the little candy-addicted kiddies. You know where I live!

Enjoy your weekend, and have a spooky Halloween!

The pumpkin picture courtesy of this site.
Posted by Frenchy but Chic! at 1:05 PM

Email ThisBlogThis!Share to TwitterShare to FacebookShare to Pinterest
Labels: Halloween, Your Social Life