Your Social Life Takes You In Paris And In The OC 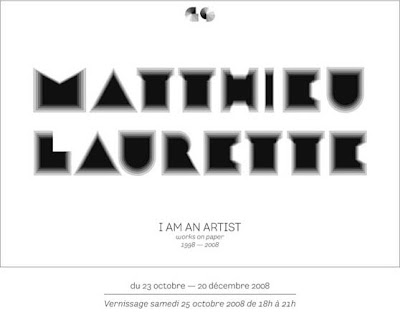 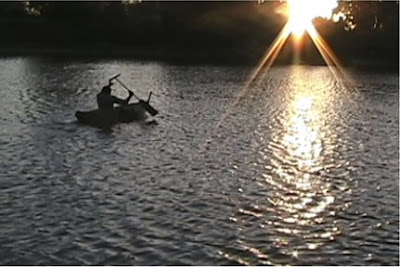 Your social life is going to be fairly complicated this weekend, what with the California Biennial opening, and a bunch of other things here and there.
Before I get onto that, a personal message for my friends: my family keeps on being on the verge of decimation these days, so I'm not particularly social, in addition to being reclusive on account of the novel-writing. So apologies for not going anywhere, also please be kind and don't call me, I wouldn't be able to hold a conversation. At the best of times I loathe the phone, but at present a truly, truly don't want to even look at it.
But I appreciate if you forward me links to silly websites, YouTube songs and whatever, as long as it is funny.

For my readers who I do not know personally (you have no idea what you're missing), please disregard the paragraph above, and enjoy seeing how I'm going to organize your social life with the few tips below.

On Friday night, you can go by anotheryearinla and see the Richard Hailey exhibition. As usual it's from 7 to 10 PM, so you can have dinner before and head to the Eastern part of town after traffic slows down a bit.
Now, on to Saturday where you will have to be all over the place. With the time difference, you will have to be simultaneously in Paris for old FBC! pal Matthieu Laurette exhibition at Gaudel de Stampa. It's a fairly new gallery opened by Denis Gaudel, a former director at Yvon Lambert.
Approximatively at the same time, here in Los Angeles the 3rd Archives Bazaar will be held at USC. If I haven't messed up with code you should be able to find the pdf. program here.
Meanwhile, tomorrow Friday and Saturday is the REDCAT symposium, Untitled: Speculations On The Expanded Field Of Writing. FBC! gal pal Stephanie Taylor is speaking on Saturday afternoon. Saturday is also the private opening for the California Biennial organized by Lauri Firstenberg of LAXart fame, but you would be well advised to avoid traffic and go down to Newport Beach on Sunday to the public opening. I see it's up until March, which I'm very happy about as I don't see how I can possibly go down there before early next year. There's a fairly interesting list of artists, mingling California artist veterans with a younger generation. There's also a bevvy of off-site projects, which in theory are always cool as it is indeed called the California Biennial, not the only-if-you-live-not-far-from-Newport-Beach-Biennial, but in practice I doubt most people, your truly included, will be able to schedule road trips up North, in the desert and elsewhere to see everything.
If you think you cannot possibly go down to the OC on Sunday, you can alternatively go to Highland Park to Sea and Space Explorations (yes, this is their complete name) and attend the show called "The Audacity Of Desperation" . Is it political? You betcha'. Note on November 9, Nancy Popp (a very, very old friend of FBC!) is curating a screening of videos. While FBC! is usually reserved about the effectiveness of political art, I can only encourage you to have a pre-election art viewing and participating.

While I'm at it, since I cannot vote, let me endorse Barack Obama as a president, of course, and "No" on Proposition 8. As for the rest, I'm all for forced collectivization of national production means, or whatever are left of them, redistribution of wealth (tax the rich, subsidize health care, no tax breaks for anybody, thank you) and let's send the Trustafarians on farms as day laborers. I'm kind of waiting for the creation of new currencies and fixed exchange rate between those as well, but I don't foresee that before a few years. Oh, and Halliburton should surrender all he profits they made during the last 8 years to improve public educations. C'est la lutte finale, groupons-nous des demain... And before you label me a communist or a socialist or whatever, for the record I'm more of a neo-Keynesian, and I do think Obama is a fairly conservative Democrat while McCain is a purely loathsome old crank, war hero and all. My Grandpa also is a war hero (WWII), it didn't prevent him from becoming an old crank in old age, except he's not loathsome an doesn't pretend to lead the free world.