Thanks, Updates And Corrections 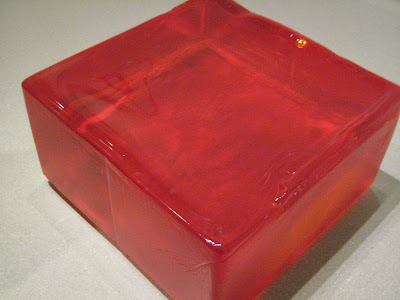 FBC! is a bit frazzled right now, and grieving and really sad, and the result is I cannot remember everything or keep up with the current MOCA drama. So this post is here first of all to thank everybody who has sent me messages, some of them very touching. I've been stunned and moved to get supportive and sweet emails from total strangers as well as from all friends. It's been very helpful, so my heartfelt gratitude goes to all of you. Thank you so much.

Secondly, I received the invite way too late to post it on YSL, so here's the update: there's an opening at the Glendale College Gallery this Saturday. It's called Endless Summer and is curated by Alex Israel, in conjunction with the California Biennial. If you go, please say hi to Alex for me, and to the Gallery Director Roger Dickes as well.

Now, the corrections: I was saying on the precedent post regarding MOCA that I doubted Eli Broad would play Santa Claus, and I was wrong. He's ready to step in, as long as other people do it as well. If you read the (short) editorial he wrote for the LAT, it's pretty good (I'm happy he mentions the WACK! exhibition among the groundbreaking ones organized at MOCA). I like the bit where he says "This is not a one-philanthropist town". In effect, so far it is, but it stands to reason Broad should be weary of always been called to the rescue, and it's not normal that on a city where so many wealthy people live, so few of them contribute to the arts. Where are the movie stars who show up at MOCA's openings when it's time to take out their wallets?
In any case, please still show up at Sunday's meeting at the Geffen (3 PM) if you can. FBC! absolutely cannot make it, but I'd be happy to post or re-post accounts of the meeting. In passing, I'll be away from the computer for the next 48 hours, so it's better you either join the Facebook group mentioned in the preceding post, or check For Your Art (sign up for their email newsletter). Both are updated frequently.
Meanwhile, goodbye, let's reconnect after Thanksgiving. Thank you all.

The picture of the Roni Horn had been taken at MoMA, not at MOCA. Sorry.
Posted by Frenchy but Chic! at 8:25 PM

Email ThisBlogThis!Share to TwitterShare to FacebookShare to Pinterest
Labels: douchebagds at the LAT, Eli Broad, For Your Art, MoCA, Your Social Life