Your Social Life - The Hangover Edition 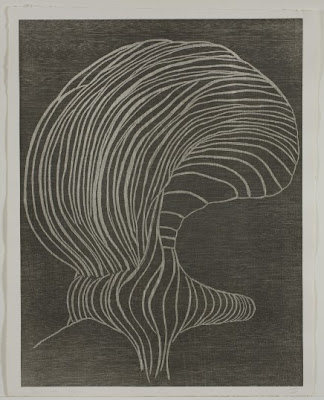 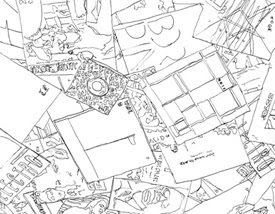 If you live in California, you're probably doubly hangover'ed: you drank to celebrate Obama's victory, and you drank to drown your sorrows at the infamous Proposition 8 being passed. FBC! doesn't drink because of too many migraines (I've just read today it lowered my chances of getting breast cancer by 30%, cool, but for the time being it can be really annoying), but I'm bummed about Prop. 8. Which ought to be repelled ASAP, along with the Defense of Marriage Act (at Federal level).

[For all the straight people out there who don't see why gay and lesbian people should have the right to marry, here's the 1-minute FBC! lowdown: because no one should be denied the right to visit their loved ones at the hospital, no one should be deprived of living with their loved one if (s)he happens to have a different nationality (how many gay couples do I know who cannot live in the same country as their partner, a right straight people get when they marry), and because they should have the same rights as straight people where children are concerned, and their children should have exactly the same rights as children of straight people. Discrimination isn't pretty, based on whatever bogus religious or moral reasons people choose to explain away their crass, bigoted attitude. So California people, American people, my friends and neighbors, do whatever you can to reinstate the right to marry for gay and lesbian people. There are a few lawsuits being launched, and if they fail there's the possibility to put a new proposition on the ballot in 2010. Thanks for reading this]

If you don't know what to do to help repel Prop. 8, you can go to a few openings this weekend where, no doubt, you will run into some non-straight friends as well as straight ones in the know, and get organized. Which openings could you go to, my gay and lesbian-friendly brethren?
There's the one where you will see me for an exceptional FBC! outing, Oranges and Sardines at the Hammer, curated by SF-bound Gary Garrels. Basically he paired a few contemporary artists (painters) with other ones whose work influenced or informed theirs, and it looks really, really interesting, not only because there's FBC! fave Mary Heilmann, but because the roster of influencers is mouth-watering, from Yayoi Kusama, Andre Cadere, Ad Reinhardt and Eva Hesse to Bruce Nauman, Felix Gonzalez-Torres and Dieter Roth. And many mores! I have high hopes for this show, and I'd like to signal a 3PM talk on Sunday between Gary Garrels and some of the artists in the show. The show opens on Saturday, as well as an exhibition about the modern woodcut organized by the Grunwald Center in the same museum, curated by Allegra Pesenti who I do not know, but she curates really good prints and drawings shows.

Now the other event I would have gone to on Saturday, if it had been close by, is the Dave Muller Dance Party organized by Andrew Berardini at the Armory in Pasadena. It looks really, really cool but I don't have yet the magic faculty of ubiquity, unfortunately. Dave Muller is a fabulously good DJ, for those of you old enough to remember his Three Day Weekend events, and not only is the party free and open to the public, but there is free vodka as well! (drink responsibly and don't drive if you're tipsy). The party starts at 8 PM and will last until midnight, so it's conceivable to go from the Hammer to there, if you live on the East Side (unlike me). The Armory is located on 145 North Raymond, in Pasadena.

Aside from openings, if you happen to be in San Diego tomorrow night, FBC! gal pal Susan Silton is doing a performance at the MCASD (downtown, the Jacobs building) at 7 PM, tickets are $5-$7.

The pictures were totally "borrowed" from the Hammer and the Armory websites, please don't sue me!
Posted by Frenchy but Chic! at 1:51 PM