A Choice Between Being Racist and Being Sexist? 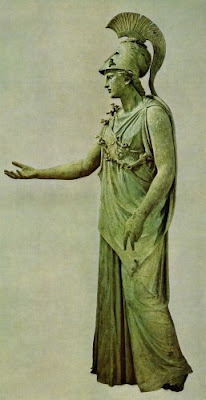 At the opening of the Patriot Acts show a while ago I talked to an old friend of mine about the primaries. She said in the end it boiled down to a choice between being sexist and/or being racist. To which she added that when going online she saw lots of inflammatory stuff against Hillary Clinton such as Photoshopped images of the Democrat candidate being screwed by animals, or political meetings where the slogans were "Now shoot the bitch!". But so far she hadn't seen the same type of gross comments directed at Barack Obama (no "Shoot the asshole!" or photoshopped images of him screwing animals). At the time John Edwards (who, IMHO, had the most progressive program of all credible Dems) was out of the running so the choice was really either Obama or Clinton.
Sadly, my friend was totally right, as this CNN snippet demonstrates. I'm sure minority women are going to appreciate.
Now, seriously, if the US voters think being sexist is OK, I'm going to rethink my citizenship application. It kind of sucks not to be able to vote, frankly, even though I pay my taxes here. I guess it makes me an honorary DC person (Hi DC people!)

I think it's very sad candidates are judged not on their programs but on their good looks and charisma. But I think it's even worse to reduce the competition to sexism vs. racism. Both are seriously offensive, and I wished voters would do their homework before going to the polls. Yes, Clinton has her husband administration's baggage, and it sucks to have political family dynasties, yes Obama has sexy flapping ears (FBC! is a bit of an ear fetishist, just for you to know) and is good at using rhetoric and marketing strategies. Do you remember when he said the US should nuke Pakistan? That was a good foreign policy move, sure to make the US more appreciated abroad.
Now when you elect the sexy charismatic male, don't regret the lack of universal health care coverage, you audacious hopeful, non-racist, but-it's-OK-to-be-sexist people. Gee, I miss John Edwards.
Posted by Frenchy but Chic! at 10:17 AM

Email ThisBlogThis!Share to TwitterShare to FacebookShare to Pinterest
Labels: FBC is frankly pissed off this morning, sexist Americans

I strongly recommend that you read
a wonderful diary piece written
by my friend Andrew Maxwell for
the political blog Daily Kos.
Andrew's is a researched opinion
that does not get caught up in
a polarizing debate about what
difference matters most. He puts
Obama's policies into perspective as one can if you dig deeper into
his voting record.
http://www.dailykos.com/story/2008/2/5/142956/5521